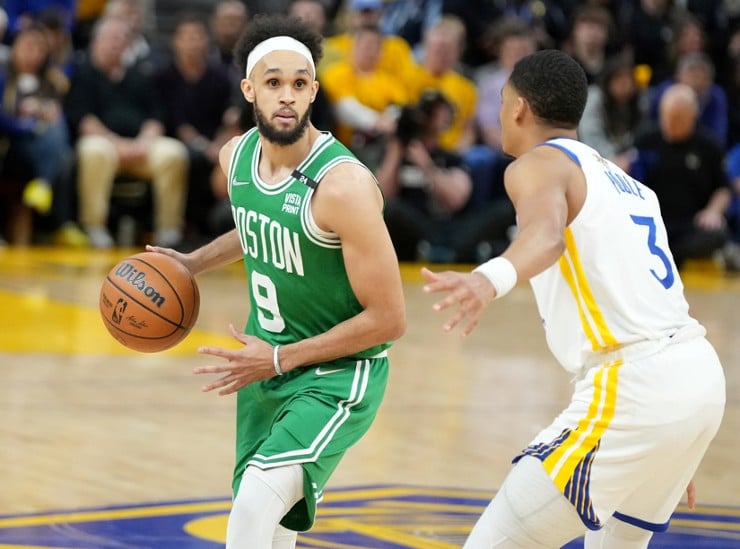 On Sunday, the 2022 NBA Finals continues; free Game 2 picks, predictions, best bets and odds are here for June 5. Our betting experts at Basketball Insiders have selected the winner of the Celtics vs Warriors Game 2 rematch.

BetOnline is the Best Online Sportsbook for NBA Betting

According to ESPN’s Basketball Power Index, the C’s have a 57.9% chance of upsetting the Dubs again on Sunday. Boston is on fire right now. The team went on a 17-0 fourth quarter run in Game 1. For a reminder, study the injury reports prior to placing bets.

Moreover, the Celtics surprised several bettors on Thursday night. The Celtics won by 14 points on the road. Leading into Game 1, ESPN’s Basketball Power Index gave the Celtics a 60.5% chance of beating the Warriors. Plus, the Warriors are now 21-3 in Game 1 playoff appearances during the Steve Kerr era.

Furthermore, in the Celtics’ 120-108 win over the Warriors at Chase Center in Game 1, they outscored them 40-16 in the fourth quarter. Al Horford led Boston in scoring with 26 points. Jayson Tatum closed out his outing with one more playoff double-double.

Moving on to the point spread consensus for Game 2, approximately 70% of gamblers are expecting the Warriors to cover the spread at Chase Center. Pertaining to the point total consensus, about 72% of bettors are hoping the total will go over 215.5. NBA fans are trusting Golden State to bounce back against Boston in Sunday night’s game.

The last time Stephen Curry and the Warriors lost two straight playoff games was during the 2019 NBA Finals against the Raptors. Of course, Golden State went on to lose that series in six games.

Equally important, Gary Payton II missed Game 1, but he is now listed as probable for Game 2. Payton II averaged 6.1 points, 3.0 rebounds and 1.3 assists per game this postseason prior to fracturing his elbow.

In short, pick the Warriors to win, they will cover the spread and the total will go over 215.5. Other 2022 NBA Finals predictions, best bets, odds and Game 2 picks are on the main page.

BetOnline is one of the top sportsbooks in California and Massachusetts.