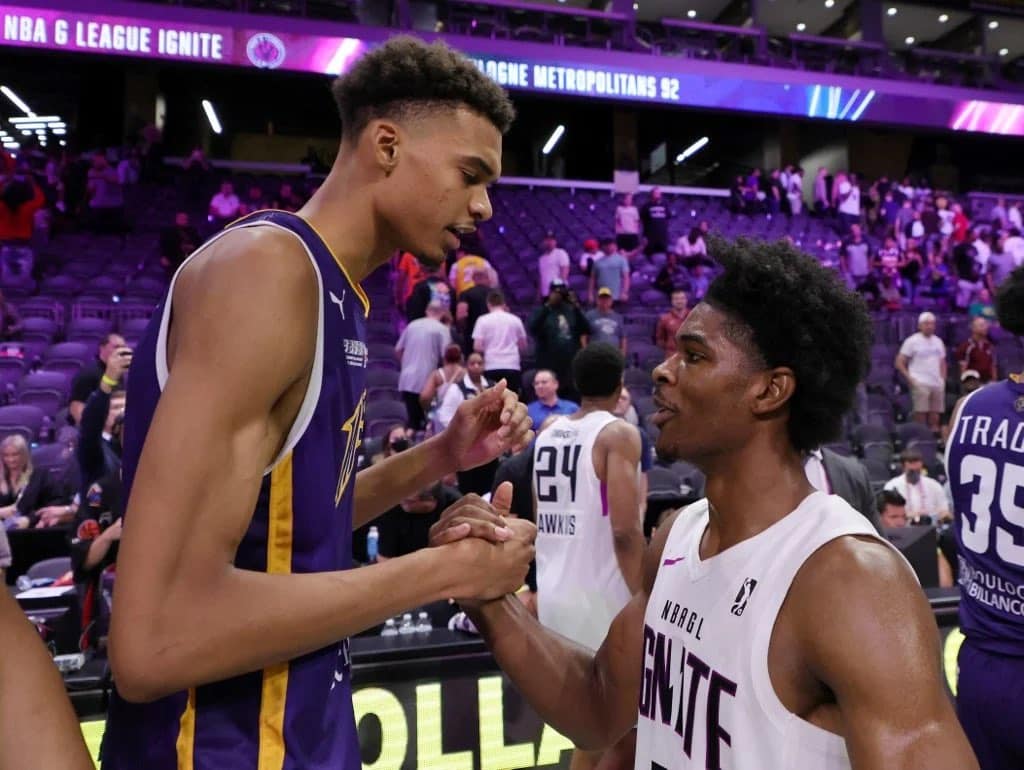 The number one and two prospects for the 2023 NBA Draft went head-to-head on Tuesday as Victor Wembanyama and Scoot Henderson combined for 65 points on the night.

French professional basketball club Metropolitans 92 played an exhibition game vs the G League Ignite in Las Vegas on Tuesday, allowing NBA fans to get a glimpse of the top two prospects ahead of next year’s draft.

Metropolitan 92’s Victor Wembanyama, 18, is a seven-foot-two power forward from Nanterre, France, and is tipped to be the first overall pick in the 2023 draft ahead of G League Ignite’s Scoot Henderson, 18, a six-foot-two point guard from Georgia.

The future is bright. pic.twitter.com/4XMQ1E5LMa

Despite Wembanyama posting a more attractive 37 points with seven threes, Henderson’s G League Ignite side pulled through to take a 122-115 victory alongside 28 points and nine assists from the young guard.

Both players have attracted widespread attention from the national media and will arguably enter the league with as much hype as Zion Williamson did in 2019 out of Duke University, however this is still early days and the draft order usually isn’t clear until shortly before the event.

Presumed No. 1 2023 draft pick Victor Wembanyama on presumed No. 2 pick Scoot Henderson: "He’s really a great player. If I was never born, I think he would deserve the first spot.”

The pair are two of the most exciting young talents in basketball and are sure to take the world by storm when drafted next season, especially in Wembanyama’s case as more big men continue to dominate outside of the post.

Victor Wembanyama is a one-of-a-kind hooper!