Home » news » A Look Ahead In The Nba Playoffs 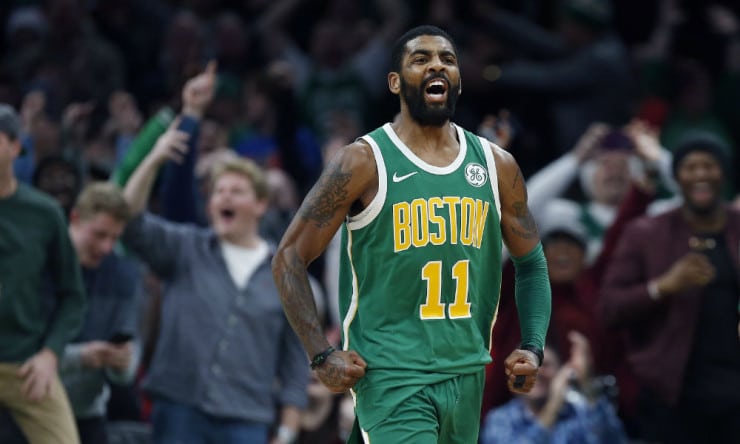 As the regular season enters its final days, there are still as many questions as answers when it comes to how the playoffs will shape up. Only one playoff game is set in stone in either conference, so unlike some years, these final matches are of vital importance. Let’s see what is in store.

The sixteenth playoff spot is a direct battle between the Detroit Pistons, who are currently at 40-41 and the Charlotte Hornets on 39-42. For the sports betting fraternity, those looking to make the best use of free bet offers from their online bookmakers might find the constantly shifting odds a little difficult to keep up with. Right now, those looking for a safer bet but at shorter odds are backing the Pistons, as all they need is to either beat the Knicks in their last regular season game or for the Hornets to lose to the Magic and they will be through. The Hornets, on the other hand need a little help from fate, as both a win for themselves and a loss for Detroit is what is needed in order for them to scrape through.

Those two games are, therefore, the ones that will be truly under the microscope, but there are other factors at play in working out the final seedings. Seeds one to five are now established, and we know the Celtics will face the Pacers in round one. Beyond that, however, much depends on the result of the games mentioned above, and also how the game between the Heat and the Nets pans out.

The Heat are no longer in contention, but they can still affect the playoffs. If they win and if Detroit make the playoffs, the Nets will be seeded seven. A win for the Nets, on the other hand, will guarantee a sixth seed berth and will mean they face the third seeded Philadelphia 76ers.

Seeding in the Western Conference down to the wire

The eight teams from the Western Conference have been set in stone with almost boring predictability for some weeks. However, who will play whom in the playoffs is still far from clear, even at the eleventh hour, and if the deadlock is not broken, we could end up in the convoluted world of NBA tiebreaker rules.

There are four games that will be instrumental here, and these are as follows:

If the Nuggets win games 1 and 3 above, they will be guaranteed number two seeding, while the Jazz need to win either game 1 or 4 to finish at least fifth seed. If the Rockets lose and the Blazers win their final two games against the Lakers and the Kings, then the Blazers are guaranteed the number three seed.

Prepare for some classic playoff games

While it might be a case of the usual suspects, the open field as far as seedings are concerned shows just how tightly fought these playoff games will be. Settle back and enjoy, as this year, the NBA is set for one of the most thrilling conclusions to the season in memory.