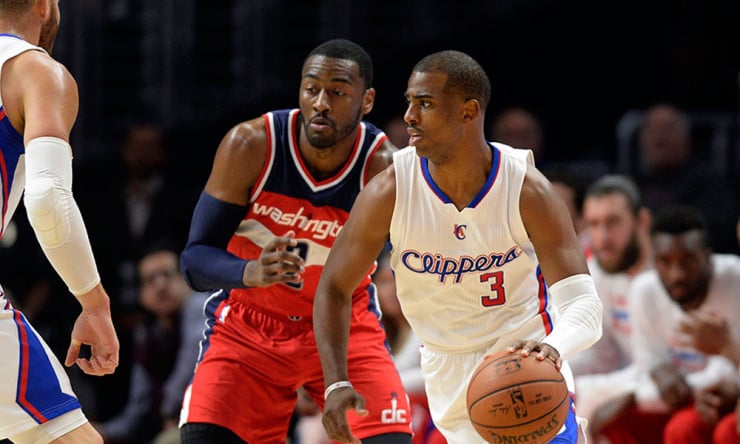 Finally Time For The Clippers?

His solid grey crew neck sweater appeared to be choking the life out of him. His eyes appeared to glisten as brightly as the gold chains dangling from his neck.

And to everyone who had their eyes on Chris Paul, the most appropriate word to describe both he and his Los Angeles Clippers was “stunned.”

For just the ninth time in NBA history, a team had successfully dug themselves out of a 3-1 playoff series deficit to come back and win it, and this time, the Clippers just so happened to be on the wrong end. In these trying times and in these moments, a basketball team either finds itself or falls victim to its own mental weakness.

Old Man Pau Gasol is the Key In Chicago

Sometimes a change of scenery can do the trick. All-Star forward Pau Gasol, 35, spent the vast majority of the 2013 and 2014 campaigns surrounded by rampant trade rumors while he was with the Los Angeles Lakers.

The Lakers were in a period of transition and while Gasol had been a member of their two most recent title teams (2009, 2010), the franchise was furiously working the market to evaluate their options before the veteran hit unrestricted free agency in 2014.

Los Angeles never found a deal that suited their appetite and Gasol eventually bolted to the Chicago Bulls in free agency that summer, signing a relatively modest three-year, $22 million deal.

This week has been a big one in terms of shoe deals for NBA players, with Stephen Curry agreeing to the most lucrative shoe deal in Under Armour history and James Harden making waves by wearing a pair of Jordans mere weeks after agreeing to a $200 million deal to endorse adidas sneakers.

Neither of those players are the highest-paid shoe endorsers currently in the business, however, as there are others making more on shoe deals than either Curry or Harden. But before we get into the list of the largest shoe deals, it must be stated that a lot of these contracts are heavily based on incentives such as player accomplishments and sales. Rarely does a player actually receive the full reported amount in a shoe deal, as that money isn’t fully guaranteed.

Here’s a look at the biggest annual endorsement contracts currently in the league:

Before NBA trainer Idan Ravin began practicing with some of basketball’s biggest superstars, he was practicing law in San Diego.

After graduating from the University of Maryland, Ravin attended California Western School of Law. Shortly after completing law school, he was hired by a San Diego law firm doing litigation work. However, he quickly realized that he hated being an attorney. Even though he had invested many years into becoming a lawyer, Ravin decided to walk away from his job and guaranteed salary to find a new career path.

A Life of Change Leads to Consistency in Basketball for Rozier

Terry Rozier hit the water. He submerged himself into the pool, fully clad in a specially selected suit. The temperature could have been ice cold or scorching hot – he doesn’t recall. His drenched body was numb to it, filled with too much excitement to feel anything in that moment.

The celebratory plunge in front of an exuberant crowd at a private party for family and friends on Draft Night was the culmination of 21 years of working hard and chasing dreams. Life was about to change for the hard-nosed guard from Ohio.

Then again, Rozier’s life has always been about change.

Just before the start of a new NBA season, young teams often talk about long-term goals. Rather than talking about securing a playoff seed or making a deep postseason run, the usual response from players on young teams are things like taking a step in the right direction, building chemistry or developing an identity. That may have been the case for the Orlando Magic in recent seasons, but not anymore.

On Friday, the Magic held their annual media day, where Tobias Harris and Victor Oladipo spoke to Basketball Insiders about their personal development, their goals for this season and playing for a new coach in Scott Skiles among other things.