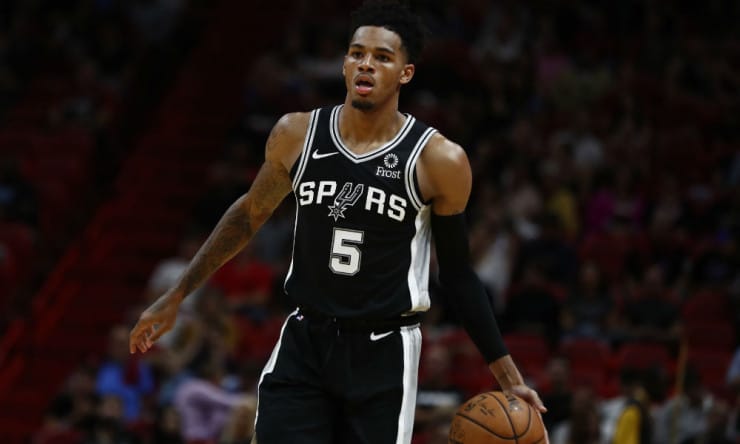 Register now on BetUS and claim up to $2500 free bets

Will the Blazers extend their home winning streak with Lillard expected to miss several games due to an abdominal strain? Or will the Spurs pick up a season-high third straight win?

BetUS.com dropped early Thursday the betting lines for the day’s NBA schedule. And so far, it’s looking like the Blazers will step into the court as -5-point home favorite over the visiting Spurs. Bookmakers also adjusted the total at 215.5 points, roughly lower than the competing teams’ combined average points per game (217.4).

Cal Durret of Spurs-dedicated FanSided blog Air Alamo delved deeper into Dejounte Murray’s evolution towards becoming a triple-double threat this season. The young playmaker is leading the Spurs in every significant statistical category, averaging 19.1 points, 8.5 rebounds and 8.1 assists this season.

Overall, Murray’s evolution into a well-rounded player has taken time, but he’s been unleashed now that he has taken over as the Spurs’ leading ball-handler. And while they aren’t the end-all-be-all stat, triple-doubles do illustrate just how well he’s playing across the board.

Damian Lillard will miss a minimum of 10 days due to lower abdominal tendinopathy. The All-Star started the season a bit rusty but slowly picked up his production in the last few games leading up to the injury. Lillard averages 21.5 points and 7.8 assists after 20 games this season.

After upsetting the Boston Celtics 96-88, the Spurs pulled off an encore performance over the Washington Wizards, 116-99. Murray filled up the stats sheet with 22 points, 10 rebounds, and 8 assists in 34 minutes of play. Derrick White Jr. also delivered a solid game with 25 points, 5 rebounds, and 5 assists, while Jakob Poeltl posted a double-double with 14 points and 11 boards. San Antonio staged a third-quarter storm during which they outscored 39-27 to blow the game open.

The Blazers bucked the absence of their star player to chalk up a convincing 110-92 win over the lowly Detroit Pistons. CJ McCollum fired for 28 points and Ben Mclemore added 17 off the bench to offset a career night from Cade Cunningham. This year’s No.1 pick erupted for 26 points and 7 rebounds, and Isaiah Steward tallied 15 points and 14 boards in another losing cause.

The Blazers hold one of the best home slates in the league at 10-1. Unfortunately for Portland, Lillard’s absence and the Spurs’ fine play as of late will be too much to negate this time around. Furthermore, the Spurs have been competitive against the Blazers in their last three duels, averaging 111 points on 54 percent shooting. Of course, many are hoping Portland can sustain their winning streak at home, which is quite impressive given their disastrous 1-10 record on the road. Then again, without Lillard, the Blazers won’t have enough offensive firepower to outslug the up-and-coming Spurs. San Antonio also retched up their defense of late. That defensive improvement has reflected the total score, which went UNDER in 6 of San Antonio’s last seven games against an opponent in the Northwest Division division.

Pick: Spurs will upset Blazers and cover. UNDER 215 points.

Get up-to-date with the latest and best NBA and sports betting odds out there with BetUS.com