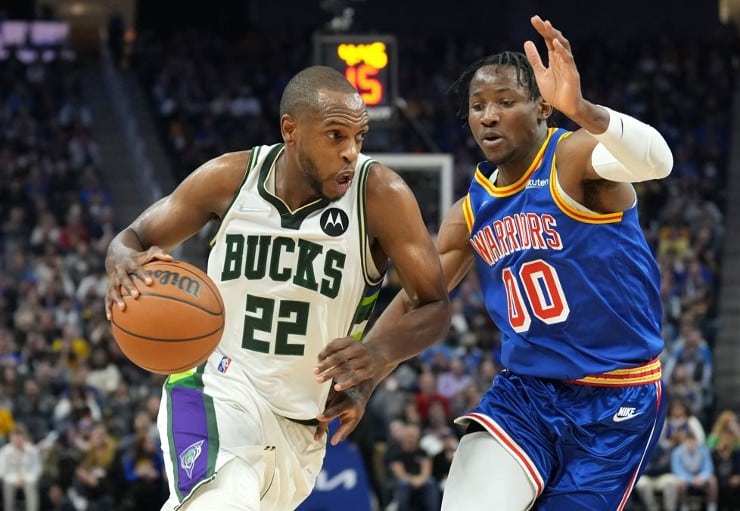 The option is part of Middleton’s five-year, $177.5 million contract he signed with the team on July 11, 2019. He might want to test the open market next summer.

During an interview with the Milwaukee Journal Sentinel on his future with the Bucks, the three-time All-Star was asked if he’s planning on staying with the team. “For sure, for sure,” he answered. “I think everybody knows that.”

“Even though I know you’re really not supposed to say it for all the reasons out there, but I think everybody knows deep down that I want to stay,” continued Middleton.

“But also, you know it’s a business. Things change, things happen. You just never know. For sure I would love to stay. If everything works out…”

It sounds like Middleton has one foot out the door right now. Though, this decision is for the 2023-24 season. Not every player can sign and commit to a contract at least two seasons in advance.

During the Bucks’ first-round series of the 2022 NBA Playoffs against the Chicago Bulls, the forward scored 11 points in Game 1 and 18 points in Game 2.

However, in the team’s Game 2 loss, Middleton sustained a medial collateral ligament (MCL) sprain. Of course, this injury sidelined him for the remainder of the postseason.

After the Bucks defeated the Bulls in five games, they went on to lose to the Boston Celtics in seven games of the Eastern Conference semifinals.

Perhaps the Bucks would have beaten the Celtics with Khris Middleton healthy. But the C’s had injuries of their own as well. Fans can make excuses for any losing team. Maybe the Bucks will go deeper into the playoffs in 2023.