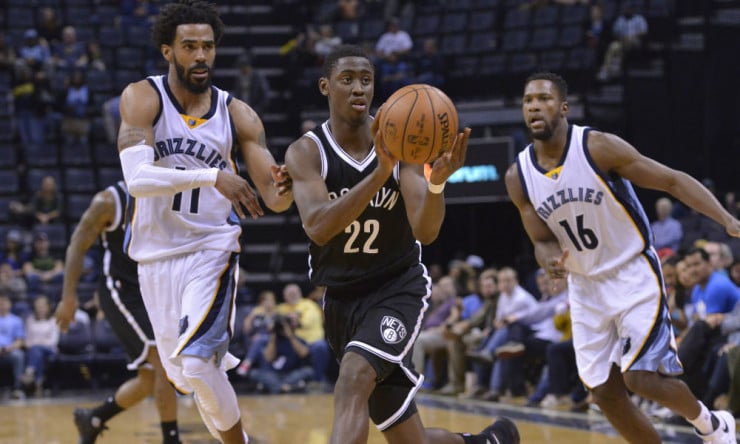 Now [Caris] LeVert, who appeared Thursday at Barclays Center for a project: OM Yoga event, in partnership with the WWE and the Susan G. Komen Foundation to fight breast cancer, sees the playoffs in the Nets’ future.

“I feel like it’s really realistic,” said LeVert, echoing recent sentiments of teammate Jeremy Lin, with whom he toured Taiwan this summer. “Last year, we were like top seven in the East when we had all our players healthy. Just building off that momentum with the pieces we’ve added — obviously we lost a great player in Brook [Lopez] — but I feel with the pieces we’ve added we’ll be in that conversation.”

One of the pieces LeVert is excited about is D’Angelo Russell, acquired from the Lakers in the deal for Lopez. Russell, 21, was the No. 2 pick in 2015.

Add it up and it’s why LeVert sees playoffs.

“I honestly don’t really care what other people have to say,” he said. “We know the pieces we have, the pieces we’ve added. And we’re really excited.”