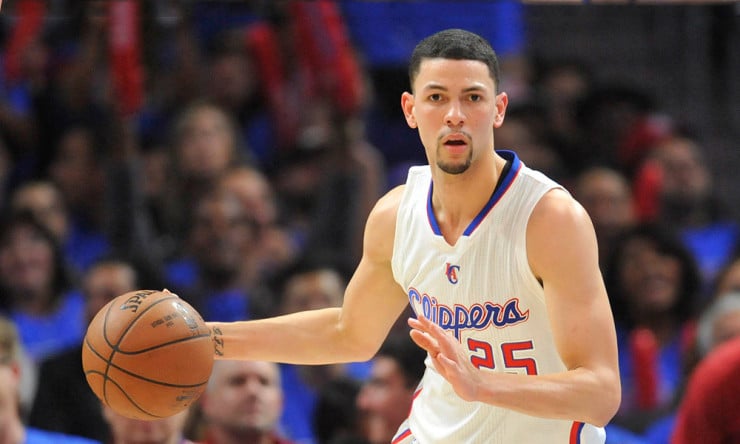 The Portland Trail Blazers went 0-2 at Staples Center and now looks to defend its home court for Games 3 and 4. The Los Angeles Clippers head to Portland feeling pretty good about themselves after effectively shutting down Damian Lillard and C.J. McCollum so far this series.  Portland adjusted in Game 2 by moving Lillard off the ball more frequently, which led to some more open shots, but Lillard was unable to take advantage of those looks. Portland’s high-scoring duo also tried to attack the basket a bit more in Game 2, but DeAndre Jordan, Cole Aldrich and the Clippers other forwards did a nice job of rotating and contesting Portland’s shots at the rim.

The Blazers are hoping that playing in front of their home crowd will rejuvenate them after two flops in Los Angeles. Even when the Clippers’ defense missed a rotation, the Blazers failed to consistently take advantage. While the Clippers should be given credit for playing aggressive defense, the fact is that there are still open looks for the Blazers — they simply haven’t been able to make their shots. For example, Al-Farouq Aminu and McCollum combined shot 3-14 from the three-point line, with many of those attempts being wide open. The Clippers are going to keep giving Aminu these open looks as they overload Lillard and McCollum in the pick-and-roll.

One positive the Blazers take into Game 3 is the play of Mason Plumlee. Plumlee showed off a diverse skillset in Game 2, scoring in transition, in the lane and passing to cutting teammates. If Plumlee can find that same rhythm in Game 3, the Blazers could use him as a facilitator on offense, which could neutralize the Clippers’ trap defense on Lillard and McCollum. However, despite the fact that Plumlee flirted with a triple-double, he has been unable to keep Jordan off the boards in this series. Jordan had 18 rebounds in Game 2 and has physically overwhelmed Plumlee at times. It’s unclear how the Blazers are going to neutralize Jordan, especially since they’ve already tried using Chris Kaman to help with the rebounding disparity (to no avail thus far).

A series can turnaround rather quickly, as the Clippers found out last season. Now is not the time for Los Angeles to take its foot off the gas, especially as they are heading to Portland to play in front of the Blazers’ energetic crowd. The Blazers need to hope that the Clippers come out lacking a sense of urgency since the Clippers have simply outclassed the Blazers when both teams are fully engaged. In addition, the Blazers cannot allow the Clippers’ bench lineups to outplay them like they did in Game 2

The Blazers aren’t out of this series yet. At some point, Lillard and McCollum will go off. However, if that doesn’t happen in Game 3, this series will essentially be over.

Prediction: The Blazers’ shooting will improve, but the Clippers’ defense will hold strong, propelling them to a 3-0 series lead.