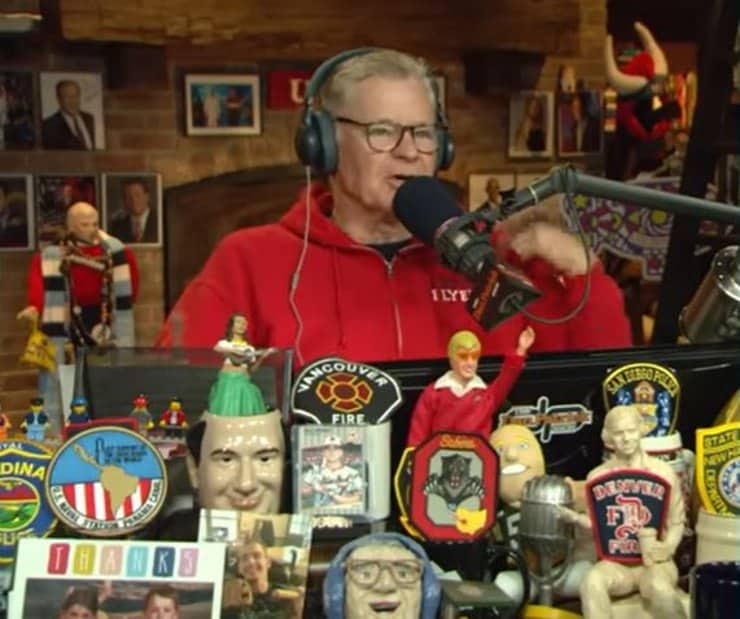 Dan Patrick discussed the report on his show Tuesday that Brooklyn Nets forward Kevin Durant doesn’t want to play for head coach Steve Nash or general manager Sean Marks. But even Patrick is forced to play the guessing game. “Tell me why he wants out,” said the sportscaster.

“This is what he wanted — help build the team and help pick the coach: Steve Nash. Got to play with Kyrie. And now we find out, he wants out of Brooklyn. And now we know he wants out because he doesn’t want Steve Nash as his coach or Sean Marks as the general manager.”

Of course, Durant is not backing down from his trade request. The two-time Finals MVP said the Nets have to choose between him or Nash and G.M. Marks. The modern NBA today favors players.

“The management with the Nets did everything to accommodate Kevin Durant,” continued Dan Patrick. “They brought in DeAndre Jordan; he convinced them to bring in DeAndre Jordan,” he reiterated.

“They traded for James Harden, they hired Steve Nash, they spent money — they’re in the luxury tax multiple seasons now — and now all of a sudden it’s not good enough…”

Our front office and coaching staff have my support. We will make decisions in the best interest of the Brooklyn Nets.

On Monday, Nets owner Joe Tsai tweeted this message: “Our front office and coaching staff have my support. We will make decisions in the best interest of the Brooklyn Nets.” By the sounds of it, Tsai isn’t caving to Durant’s demands.

“But Kevin Durant knows that they can’t keep him,” says Patrick. “He knows the owner won’t fire the coach and G.M. He knows what he’s doing… Durant wants out.”

Later in his show, directed at Durant, Patrick said, “You’re spoiled. You’re acting very, very childish here. When you say ‘fire other people,’ why don’t you take ownership — I mean, not true ownership because you’re acting like you’re the owner, but you’re not — take ownership and how you play.”

“And you and Kyrie should repair the damage, and why don’t you show leadership here, I mean.”

To be clear, Patrick then went on to state that maybe Nash isn’t the right guy. However, Durant and Irving both wanted Nash as their coach, according to multiple reports. Perhaps the two players were not upfront with the front office in 2020.

Regardless, how can the Nets recover from this? It’s another Ben Simmons situation all over again. While Durant will likely still play, everyone knows Irving is more than capable of shunning his team.

Considering these Simmons, Irving and Durant stories all occurred under Steve Nash and Sean Marks, maybe neither Nash nor Marks are the right people to run the team.

Great coaches and general managers know when to squash backtalk and drama from players. If the Nets are falling apart, the front office is at least partially to blame. Dan Patrick made good points.