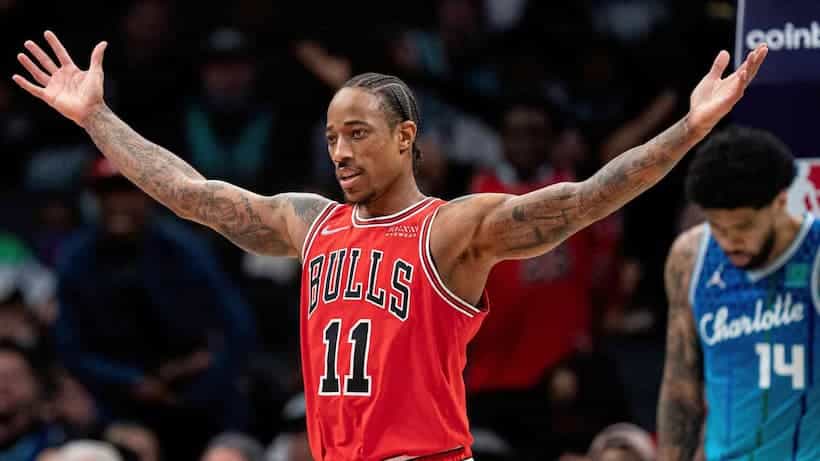 It’s been a bumpy season so far for the Chicago Bulls as the sit three games under .500 after 45 games played. They’ve been inconsistent and that’s why the they find themselves at tenth in the Eastern Conference and are 13 games back from first. One player who has been nearly rock solid for the Bulls is DeMar DeRozan. The five-time all-star is set to reach a career milestone tonight vs the Hawks.

When the game tips off tonight between the Hawks and the Bulls, it will be DeMar DeRozan’s 1,000th career game. He’s been as close to reliable as you can be throughout his 14 seasons in the league so far. The 33 year old leads the team with (26.1) points per game this season.

Illinois Sports Betting sites have the Bulls at (+25000) to win the Finals this season.

He will be the 143rd NBA player to reach this milestone! #BullsNation pic.twitter.com/XkXjoel9tA

DeRozan has been an ironman in his career and rarely misses time. In 14 seasons played and counting in the NBA, he’s played a full 82 games twice, has played at least 70 games six times, and has never played less than 60 games in a season as a pro. That’s the kind of reliability that all front offices wish they could have in their players.

With his 1,000th career game tonight, DeRozan will become the 143rd player in league history to reach this prestigious career milestone. Since the 2009-10 season, he’s played in the most games (999), with Russell Westbrook (983), and Thaddeus Young (974) behind him. In two and a half seasons with the Chicago Bulls, DeRozan has only missed nine out of 127 possible games. Not many players are as reliable as he is.

Despite Chicago’s struggles, DeRozan is having another solid season as a pro. This is his tenth straight season of averaging over 20 points per game. Additionally, this is his third-highest scoring average (26.1) over his career.