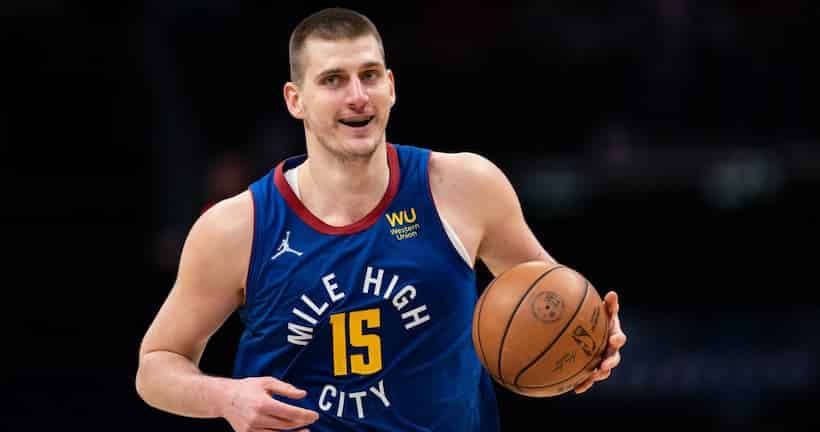 Nikola Jokic and the Denver Nuggets are out to another impressive start in a season under head coach Michael Malone. The team is second in the Western Conference and have a 22-12 record, going 8-2 in their last ten games. Denver knows that the West is about as wide open as it’s ever been in recent memory and the Nuggets could look to add another key piece to the roster before the trade deadline in the beginning of February.

The Nuggets two-time MVP Nikola Jokic is on the verge of averaging a triple-double for the season. In 2022-23 so far, Jokic is averaging 26/11/9 along with a team leading (1.5) steals per game. Obviously Jokic is the cornerstone of their franchise and they need to continue to build around him.

That is why the Nuggets are rumored to possibly want to add another wing type player to their roster before the trade deadline. Colorado Sports Betting sites have the Nuggets at (+1400) to win the Finals this season.

Joker doin' Joker stuff at the half

Could the Denver Nuggets make a move before the February trade deadline?

“With the trade deadline nearing on Feb. 9, league sources say the Nuggets will be on the lookout for wing help to come off their bench. They want to get longer, more athletic, versatile, defensive-minded and bigger in that department. The Gordon trade with Orlando in March 2021 continues to pay big dividends, and adding another player with that sort of skill set would be the dream scenario here.” – Sam Amick

Denver did this in the 2020-21 season when they traded for the Magic’s Aaron Gordon and he’s proved to be a solid addition to team and the starting lineup. The Nuggets window to win a championship is now. Niklola Jokic has been playing the best basketball of his career over the past three seasons and the Nuggets need to capitalize on his dominance while they still have time. That’s why adding a defensive piece to the Nuggets roster via a trade might not seem like the worst idea.