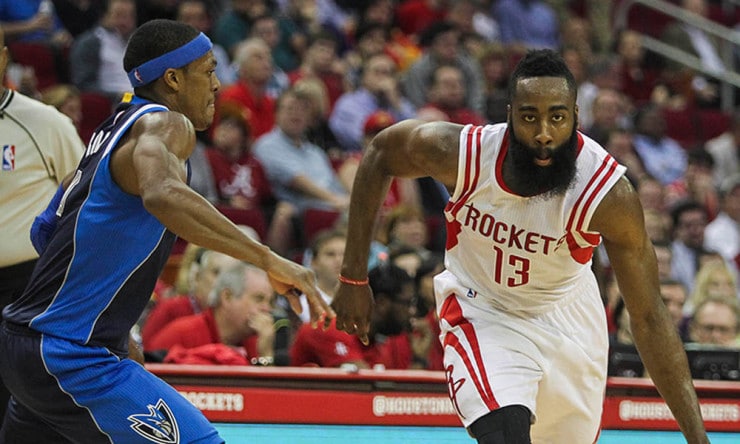 The Rockets won Game 1 of this series, 118-108, even though they didn’t play anywhere near their best basketball. Dwight Howard played just 17 minutes due to foul trouble (but he still contributed an efficient 11 points and five blocks in that time). Trevor Ariza was cramping in both legs and had to exit the game at times to receive treatment from a trainer (but he still finished with 12 points, 11 rebounds, six assists and two steals while playing good defense). James Harden went just 4-11 from the field and 1-4 from three-point range (but he still had 24 points – hitting 14 of 15 free throws – and 11 assists).

Houston has to feel pretty good about the victory since three of their most important players had some issues, and because the Rockets are now 3-0 against the Mavs at home this season.

The Rockets received big contributions from role players like Terrence Jones (19 points, nine rebounds, six assists), Corey Brewer (15 points in 24 minutes including 3-4 from three-point range) and Jason Terry (16 points on 6-10 from the field and 4-7 from three) among others, which helped them tremendously. Houston did a very good job moving the ball and assisting on the large majority of their field goals too.

Going forward, the Rockets will need Harden to hit more field goals and they’ll obviously need Howard to stay out of foul trouble. Howard picked up his fourth foul with more than eight minutes remaining in the third quarter, which sent him to the bench. Removing Houston’s top rim protector and rebounder was huge for Dallas, and it was no coincidence that Tyson Chandler grabbed multiple offensive rebounds right after Howard exited. When Howard picked up his fifth foul with seven minutes left in the game, his exit once again had an immediate impact as Dallas made an easy lay-up several seconds later. The Rockets have learned how to play without Howard throughout this season, but he’s still extremely important to this team.

There were certainly some positives to take away from Game 1 for the Mavs.

Dirk Nowitzki stepped up (as he always seems to do in the playoffs) and had 24 points on 10-14 shooting from the field along with eight rebounds. He hit seven of his first eight shots (including a four-point play) and hurt the Rockets from all over the court. This made his pump fake even more effective, which created shots for himself and teammates (although the latter, for the most part, failed to take advantage of this).

Tyson Chandler helped remove Dwight Howard from the game and then took advantage, finishing with an efficient 11 points (5-8 from the field) and 18 rebounds. J.J. Barea was great as well, contributing 12 points (6-9 from the field) and four assists in 22 minutes off the bench.

However, Chandler Parsons, Monta Ellis, Rajon Rondo and Amar’e Stoudemine combined to shoot 19-59 from the field, including a lot of misses at the basket.

For a moment, it looked as if Playoff Rondo was going to show up (as he said he would), when he scored 11 points in the second quarter. Once he started scoring, he was able to suck in the defense and attract more attention. However, he would score just four points the rest of the game and finish with a -25 plus-minus – the worst plus-minus among all players in Saturday’s playoff games.

Going forward, Dallas really needs more from Rondo. They also need Ellis and/or Parsons to step up, because the Mavs struggle when both are playing inefficiently. In addition, they need to limit their turnovers (17 in Game 1, including six by Nowitzki).

Even still, Dallas made this a close game and for quite some time refused to let Houston pull away. This should be a fun series, especially since these teams are capable of much more than what we witnessed in Game 1.

The Rockets will win Game 2, increasing their home record versus the Mavs this season to 4-0, but then the series will get interesting when we head to Dallas.