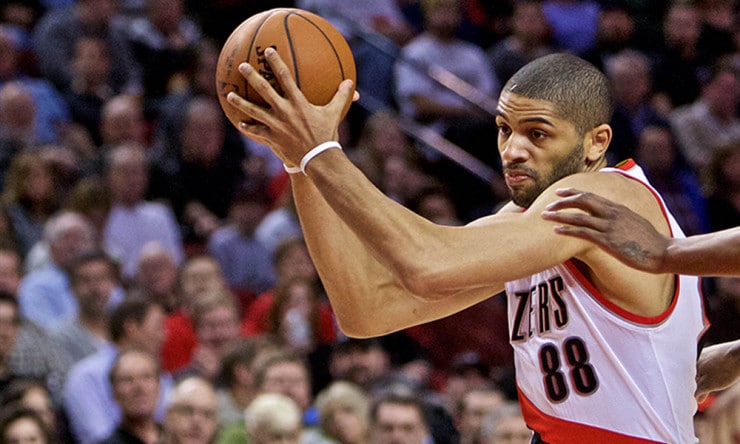 The Portland Trail Blazers returned home for Game 3 of their first round matchup with the Memphis Grizzlies. The Trail Blazers put together their best performance of the series so far with four players scoring more than 20 points, 40.7 percent shooting from beyond-the-arc and outscoring Memphis 21-7 in fastbreak points.

However, the Trail Blazers were still unable to slow down Memphis’ offensive attack, which put together a staggering 38-point second quarter and a 62-point first half. To give you an idea of how ineffective Portland was defensively in Game 3, the Grizzlies averaged 98.3 points per game during the regular season. Considering the fact that LaMarcus Aldridge went just 1-of-10 from the field in the first half, the Trail Blazers were fortunate to be within 13 points heading into the third quarter.

The Trail Blazers made an impressive comeback in the fourth quarter. Nicolas Batum scored 14 points in the final period and cut Memphis’ lead to just three with 2:23 remaining in the game. However, the Trail Blazers missed their next two three-point attempts, the second of which led to a Tony Allen layup on the other end. Had Damian Lillard’s shot dropped, the score would have been 98-94, but instead Memphis’ lead ballooned to 100-91 with 1:14 remaining, which essentially ended the game for Portland.

The return of Arron Afflalo was a positive sign for the Trail Blazers, but he managed just five points and six rebounds in 27 minutes of action. This was Portland’s best effort of the series, but it still wasn’t enough to overcome a Memphis team that is now 12-1 in their last 13 games against the Trail Blazers.

The main story out of Game 3 for the Memphis Grizzlies is the health of point guard Mike Conley. Already playing through a lingering foot injury, Conley suffered an inadvertent elbow to the face by C.J. McCollum in the third quarter. Conley left the game holding a towel to his face and would eventually be taken to a local medical facility for further evaluation.

The Grizzlies were already thin at point guard with Beno Udrih sitting out with a sprained ankle. But as has been the case through this series, the Memphis backcourt was still able to take advantage of Portland’s inconsistent defensive effort. Conley, Courtney Lee, Nick Calathes and Vince Carter combined to go 17-of-33 from the floor, including 4-of-9 from distance. Calathes in particular had a nice performance, contributing 13 points, four rebounds, three assists and two of Memphis’ four total three-pointers.

However, as is often the case, Marc Gasol was Memphis’ key contributor in Game 3, putting together 25 points, seven rebounds, four assists and three blocks. The combination of Gasol and Zach Randolph was again too much for Portland’s defense to handle in the post and from mid-range. The two big men combined to go 17-of-18 from the free throw line, which is where the Grizzlies really took advantage of Portland. Memphis shot 43 free throws in Game 3, compared to just 31 for Portland.

It is unclear whether Conley will be able to play in Game 4, however, based on the first three games, Memphis may not need him to close out the series. Memphis enters Game 4 with a lot of confidence, but will have their hands full with a desperate Portland team.

Desperate to not be swept out of the postseason, Portland will likely put up a strong effort against the Grizzlies in Game 4. But their defense has been unable to slow down Memphis all series and that doesn’t figure to change moving forward. The Grizzlies likely close out the series on Monday in Portland.