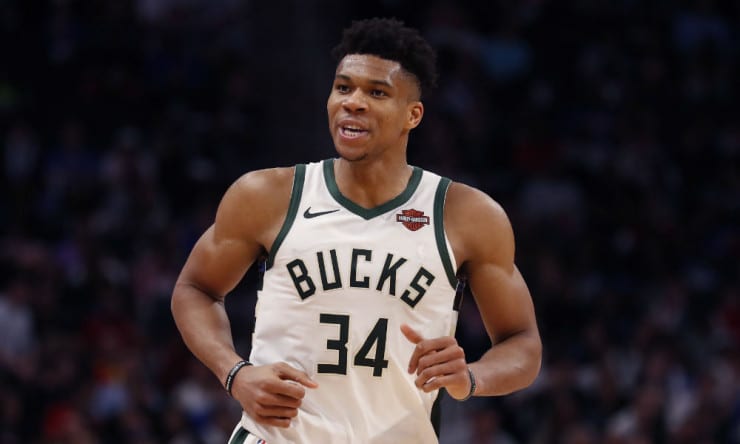 The Milwaukee Bucks are having a nice start to their season as usual. Milwaukee has a 20-7 record this season and are only one game back from the first place team in the East, the Boston Celtics. Those two powerhouses will meet for a thrilling matchup at 5:00pm on Christmas Day. Last night however, the Bucks took care of business at home to beat the Golden State Warriors, 128-111.

Giannis Antetokounmpo has been the driving force for the Bucks this season scoring (31.1) points per game this season. That’s the fourth highest per game among all active players. The Greek Freak is truly one of the most dominant players to grace the floor in the last decade. He’s virtually unstoppable down low and has even developed a jump shot and three-pointer over this career.

One area of the game where the two-time league MVP continually struggles is the free-throw line and we saw this again last night vs Golden State. NBA betting sites have the Bucks at (+600) to win the Finals this season.

It’s hard to be a perfect NBA player and there’s only been a few in league history. Giannis Antetokounmpo is close to being perfect, but he does struggle shooting the ball at certain times. He also has had reoccurring issues with his free-throw routine and it dates back to the Bucks 2021 playoff run where this was one of the hottest issues of that time. Fans would emphatically count down the 10 second shot clock that Antetokounmpo had to shoot.

We saw this again last night when he was called for this violation. He had this to say about it after the game.

“I’m not changing. I’m just gonna keep focus on my routine, try to shoot in 9.5 seconds instead of 10.” – Giannis Antetokounmpo

Free-throws are only one part of the game and Giannis is elite in just about every other aspect of the game. All he can do is continue to practice and get better at them.