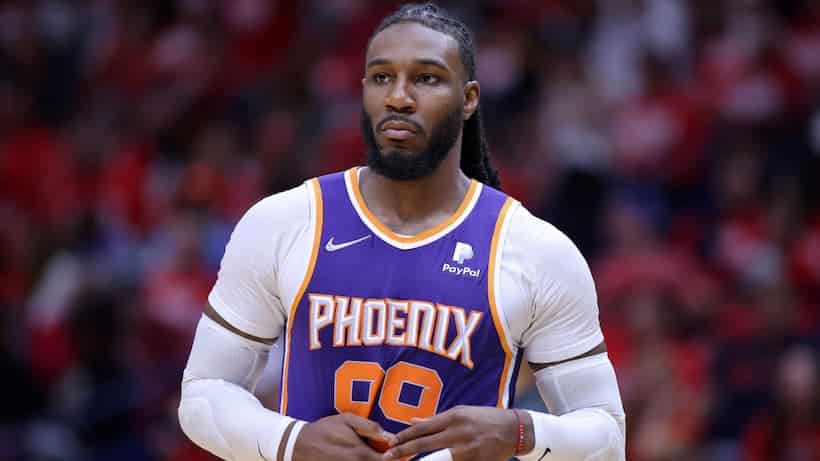 Devin Booker’s groin injury has derailed the Phoenix Suns season and it proves how invaluable he is to the franchise. They are 3-11 without him this season and the team and it’s still a question as to what happened between Jae Crowder and the Suns. After playing 67 games for Phoenix last season he was blindsided by the team in the offseason and said he was “confused and hurt” as to what had happened.

Crowder and he team have recently agreed for both parties to remain away from each other as trade discussions begin to heat up. The Suns could certainly use his production right now as they’ve gone 3-7 in their last ten games and have dropped all the way to seventh in the Western Conference.

Arizona Sports Betting sites have the Suns at (+2000) to win the Finals this season.

Jae Crowder was blindsided by the Suns in the offseason

In a recent interview with Chris Haynes of Bleacher Report, Crowder opened up about how he felt “confused and hurt” by the Suns.

“I’ve spoken to every player that I’ve played with on that team and they all have stressed how much they miss [me] and respect my decision, and I’m thankful for their understanding,” – Jae Crowder

He admitted that even his teammates were blindsided by the franchise’s decision to not bring him back. Crowder was a key piece for the Suns last season averaging (9.4) points, (5.3) rebounds, (1.9) assists, and (1.4) steals per game. Despite the uncertainty about his future with the Suns or the NBA, he’s staying ready to be able to play on a call’s notice.

It’s clear that he wants to be back on the court and is upset with how this all has played out. He said he is thankful for his teammates appreciating his leadership, but is hurt that his coaches did not appreciate what he brought to the team last season. The NBA veteran also made it very clear that there was no disagreement with finances or contract differences. Phoenix may have simply just cut Crowder out of their life with little to no warning.