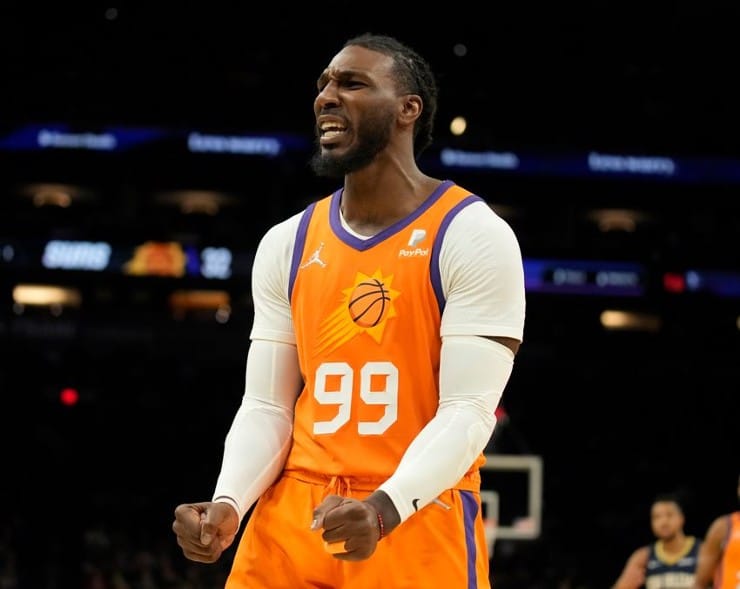 The Phenix Suns are currently 8-3 and have the third best record in the Western Conference. Phoenix is also first place in the Pacific Division. Last week, SF Cam Johnson had to have surgery on a partially torn meniscus. He was starting this season for veteran Jae Crowder, who hasn’t logged a single minute this season. Now, trade rumors have began to pick up again for Crowder.

Over the summer, Crowder learned that the Suns would not be offering him an extension and that he would not be in the starting lineup this season. Now with Johnson’s injury, it’s becoming more likely that the Suns will end up trading Crowder. The Suns do not plan to change their decision and both sides are waiting for a deal to come knocking.

NBA betting sites have the Suns at (+900) to win the Finals.

Trade talks have are heating up again for Jae Crowder

It seems as if both sides are ready for the relationship to be over. The one thing they can agree on is that they don’t want Crowder to play for the Suns. Bridges have been burned and there’s no going back from this. Teams will likely be reaching out to the Suns to make a deal.

“In the last few days, from what I understand, the Suns have picked up their Jae Crowder conversations,”… “And tried to reengage on some old talks, so I am told.” – Brian Windhorst

“Now, does that mean they will find a deal? Obviously they’ve had some impetus to do that. It was bad news when Cam Johnson got hurt, but good news he was able to have a surgery where it was a partial removal as opposed to a repair, which would have meant him being out for the year.” – Brain Windhorst

Johnson is out for at least one to two moths and the Suns could really use an extra forward in that time. Initially, Phoenix was asking for shooting help in a trade for Crowder. Now, they may have to settle on another forward they can have in their rotation while they wait for Johnson to return.