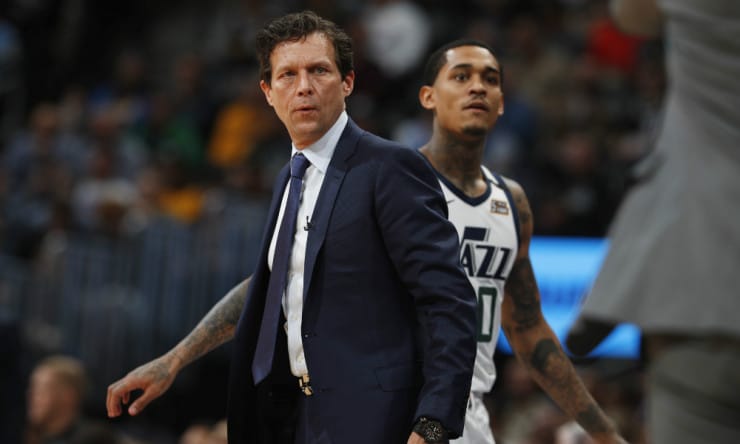 Both gunning for an early 2-0 slate, Friday’s showdown between Utah Jazz and the Sacramento Kings, is shaping up to be a tight contest at the Golden 1 Center in Sacramento, California. BetOnline odds are shown below.

Jared Butler will be playing a significant role for the Jazz throughout their campaign. This is what Joe Ingles said when asked about his reaction after the rookie went scoreless in the season-opener against the OKC Thunder. Butler, who turned heads in the preseason with his two-way ability, ended with zero points on 0-for-5 shooting in his NBA debut.

The Utah Jazz kicked off the 2021-22 NBA season campaign on a solid note following a 107-86 blowout against the OKC Thunder. Despite making 14 out of 47 three-point shot attempts, the Jazz still outscored Oklahoma in all four quarters, getting quality contributions from their starters and bench. Jordan Clarkson finished with 18 points, and Bojan Bogdanovic tallied 22. Rudy Gobert also had a monster game after posting 16 points and 21 rebounds.

Some light work before the real thing ?#TakeNote pic.twitter.com/LBqz2s8p1f

In Portland, the Kings survived a gritty contest as Harrison Barned erupted for 36 points on a 10-for-19 shooting to lead his team to a 124-121 win over the Blazers. The game also saw eye-popping numbers from point guard De’ Aaron Fox, who tallied 27 points, eight assists, and five rebounds in 36 minutes. Richaun Holmes also delivered a double-double with 21 points and 11 rebounds.

The Jazz dominated the Kings in all three meetings last season, scoring an average of 134.33 points and hounding Sacramento to just 105.33 points. However, the season-opening win against the Blazers might indicate a resurgence for the Kings, who own the longest active playoff drought in the NBA. Will this be the year of the Kings? It’s too early to tell, but Sacramento has the talent to crack into the top-8 of a top-heavy Western Conference. The Jazz will serve as another litmus test for the Kings to determine if they are finally ready to make a postseason push this year.

Pick the Kings to surprise the Jazz. Sacramento is a +6 underdog coming into the game. Bet on the OVER. These teams love to push the pace and score points in quick successions. Check out BetOnline for more NBA odds.