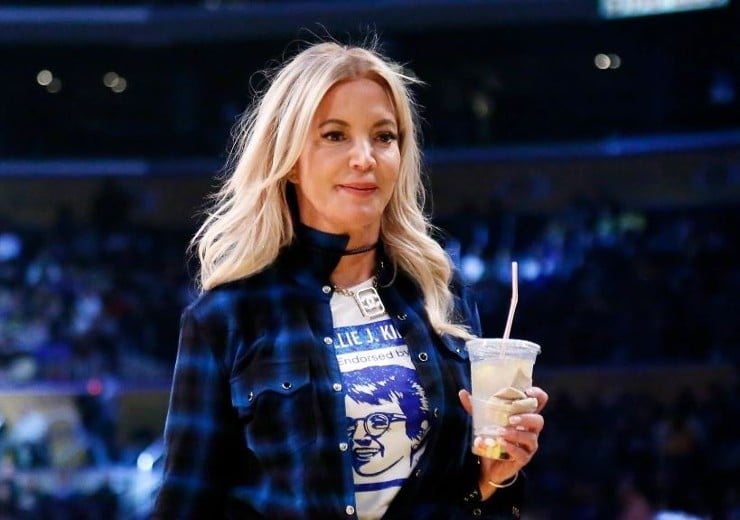 Los Angeles Lakers owner Jeanie Buss hopes LeBron James will retire as a Laker. The 19-year NBA veteran has played with the team since 2018.

In an interview with ClutchPoints, Buss told the sports outlet, “With LeBron we have a line of communication between the two of us, and he knows that he can reach me anytime and vice versa.”

“I think he feels appreciated. I know I appreciate that he signed an extension to stay here and continue to lead the Laker team. He’s a fantastic leader both on and off the court.

Jeanie Buss is confident that LeBron James will stay in LA 🤩 pic.twitter.com/j0FdD9vjYV

“I feel like we’re blessed to have him as a Laker,” continued Jeanie Buss. “I want to see him retire as a Laker.”

Of course, Kobe Bryant retired with the franchise in 2016 after 15 seasons played, and Magic Johnson spent his entire 13-year career with the team.

Not to mention, Elgin Baylor played with the Minneapolis/Los Angeles Lakers from 1958–71.

Jeanie Buss on LeBron James: “I want to see him retire as a Laker”

King James has been vocal about playing with his sons, Bronny and Bryce, in the NBA. If the Lakers manage to draft them in the coming future, the 18-time All-Star could retire in La La Land.

In August, LeBron signed a two-year, $97.1 million contract with the team. This deal also includes a player option for the 2024-25 season. If things turn sour again, the four-time MVP will have the opportunity to sign with another team.

If Jeanie Buss and G.M. Rob Pelinka continue to surround James with the talent he needs to help him win another chip, he’ll likely retire a Laker.

Last season, after the Lakers finished 33-49 (.402) and 11th overall in the Western Conference, then head coach Frank Vogel was fired. In May, Darvin Ham succeeded Vogel as the team’s 28th head coach in franchise history.

Under a new coach, it will be interesting to see how more effective Russell Westbrook, Anthony Davis, and James can play together next season. Patrick Beverley was also added to the roster during the offseason.

If all goes well in the future, Jeanie Buss will get her wish.