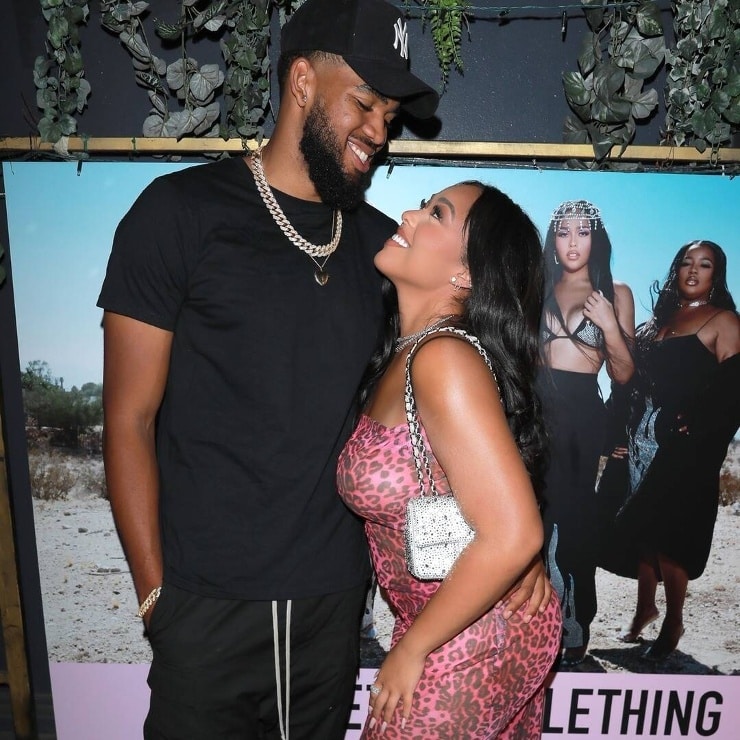 Minnesota Timberwolves center Karl-Anthony Towns spoiled his girlfriend, Jordyn Woods, with gifts at her birthday party in Los Angeles on Saturday. However, Jordyn is not turning 24-years-old until Sept. 23. Who knows what else Towns has bought for his lady. At the party, the expensive gifts consisted of a Birkin bag, a diamond Patek watch and a Bottega coat.

The Patek watch can run well over $100k easily. Birkin bags can also cost six-figure amounts as well. Jodie, Woods’ younger sister, filmed Jordyn opening each gift. On one of Jordyn’s social media accounts, she posted: “I was too drunk to process this last night. WTF [Karl-Anthony Towns], this is crazy!”

Towns began dating Woods in July 2020. Jordyn is a model, singer and she has her own YouTube channel.  Her channel name is “Jordan Woods.” The model has 421k subscribers. She is most known for her appearances in Life of Kylie and The Masked Singer. On Instagram, Woods posted a photo of the two of them exiting what appears to be a bus. The caption “a night to remember ?” concluded the post. 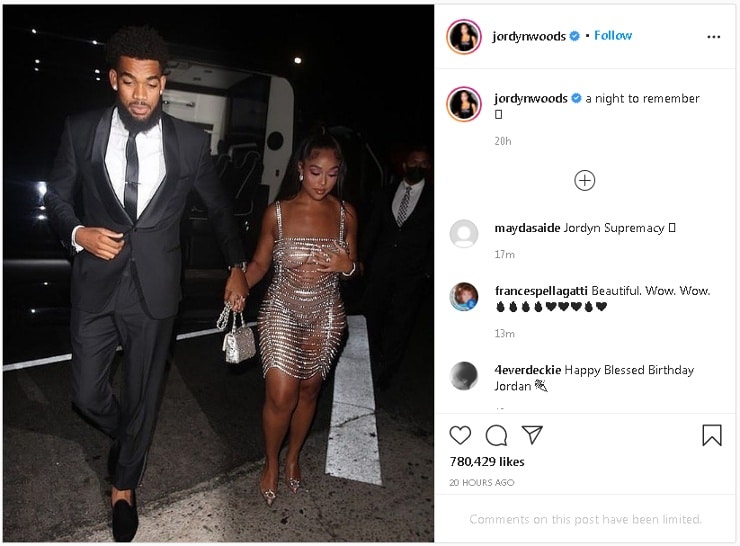 Furthermore, it should go without saying that Karl-Anthony Towns can afford these gifts. That’s a big understatement. On Sept. 22, 2018, the two-time All-Star signed a five-year, $190 million maximum extension deal with the Timberwolves. The sixth-year player earned $29,467,80 last season and will earn $31.610 million in the upcoming 2021-22 NBA season.

Moreover, Towns was selected first overall by the Timberwolves in the 2015 NBA Draft. While he has yet to earn another All-NBA selection since 2018, the New Jersey native is a valuable player for retrieving rebounds and protecting the rim. The center turns 26-years-old this November.