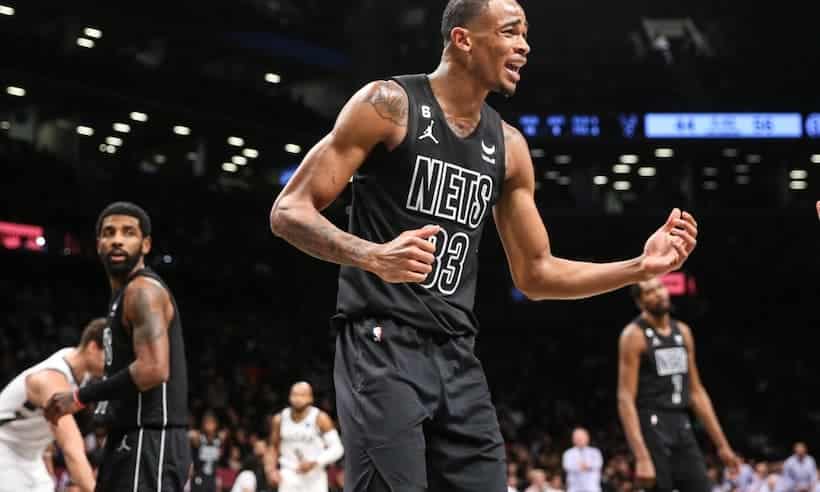 The Brooklyn Nets are the hottest team in the NBA right now and have been climbing the ranks of the Eastern Conference all season. After a win on Monday on the road vs Cleveland, the 22-12 Nets jumped to third in the East and have won 15 of their last 18 games. Brooklyn has also gone 9-1 in their last ten games and are on a nine-game win streak. This former Net and NBA Hall of Famer said that Brooklyn are missing a crucial piece this season.

NBA Hall of Famer Kevin Garnett spent two seasons in Brooklyn before things went south. In his prime, Garnett knew a thing or two about being a dominant player and playing on championship caliber teams almost every season. The 15-time all-star said that the Nets are missing this crucial piece that could take them over the top this season to be great.

NBA betting sites have the Nets with the third lowest odds (+750) to win the Finals this season.

The one glaring issue of the Nets play this season is their presence down low. Brooklyn has been out-rebounded in six of their last 14 games and it’s been a trend this season. They are constantly letting up second chance points due to the inability to grab defensive rebounds consistently. Hall of Famer Kevin Garnett had this solution for the Nets rebounding issues.

“They still need an anchor, but the Nets flipped a chaotic summer into a great blend of veteran depth and elite talent,” – Kevin Garnett

It’s true that the Nets are lacking in size down low. Both Kevin Durant and Nic Claxton are 6’11, but they are not as bulky and muscular as other players down low. For instance, Claxton plays center for the Nets and is listed as 215 pounds, not very big at all for a center. Philadelphia’s Joel Embiid is listed at 280 pounds, a full 65 pounds heavier than Claxton. The disparity shows when Embiid backs Claxton down in the post and out-weighs him. Leaving Claxton a tough matchup vs a bigger opponent.

Ben Simmons has done a nice job for the Nets this season in providing somewhat of a role as a big man. He does this more on the defensive end. Simmons is always hustling and fighting for rebounds. The Nets don’t need an all-star center to join the team. All they need is a player who can fight for rebounds and second chance points. They also need someone who can consistently guard the opposing teams big man and make life rough for him each game. Brooklyn had Andre Drummond last season, but didn’t quite fit what the Nets were looking for.