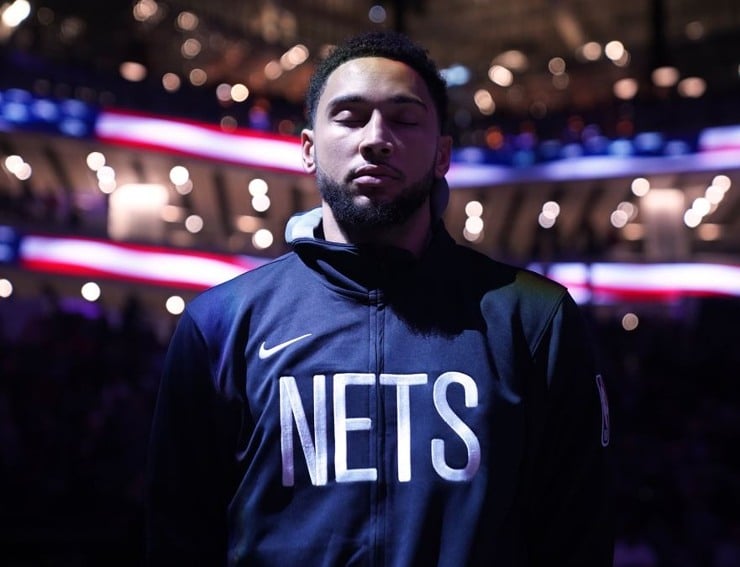 The Brooklyn Nets have been trending upwards lately and have won eight of their last ten games. That puts the Nets at second in the Atlantic Division and fourth in the Eastern Conference. Kevin Durant and the Nets have won their last four games in a row. One player who’s missed some time this season is Ben Simmons. He’s a player who the Nets have publicly came out and said that they will take a cautious approach with after recent injuries.

Simmons hasn’t been putting up crazy numbers in the box score, but he’s found a way to effective for the Nets. He leads the team with (5.8) assists per game this season. However, he has missed 10 games for the Nets this season, including four of the six Nets games that have already been played in December. The three-time all-star has been dealing with a calf injury and also had some knee soreness earlier in the year.

Ben Simmons has already missed four games in December with a left calf strain. This was not the first time he’s missed at least three games in a row this season. He missed four games in November with soreness and swelling in his left knee.  Injuries are expected with Simmons as he missed the entire 2021-22 season with a back injury. He had back surgery in the offseason and was ready for the Nets opening game this season.

Brooklyn’s head coach Jacque Vaughn said that the team will be adjusting their approach following the 26 years old’s second extended absence this season.

Vaughn said that they are going to be very cautious with Simmons playing in back-to-backs while he’s still trying to get to 100 percent. Brooklyn have had their struggles rebounding the ball this season and they need him crashing the boards and getting extra possessions for the Nets.