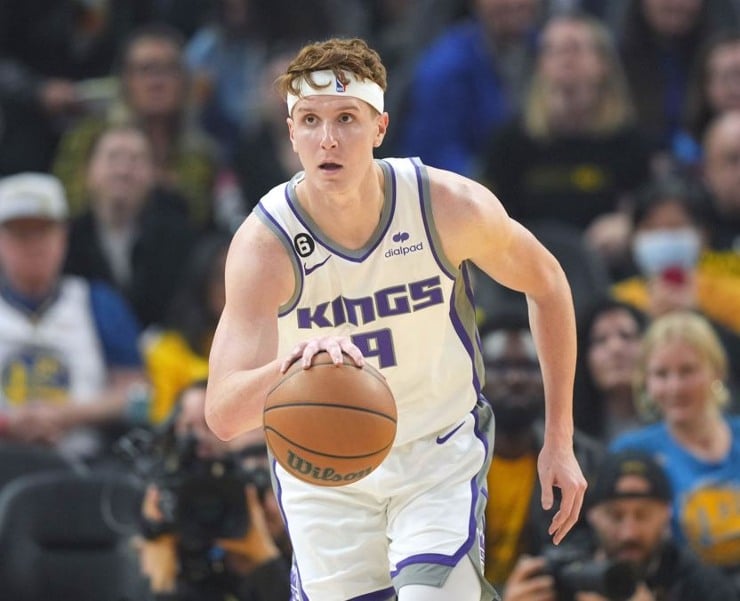 Sacramento Kings guard Kevin Huerter was traded by the Atlanta Hawks in July, and the move caught him by surprise while on vacation overseas.

During an interview with James Ham of “The Kings Beat,” the 24-year-old explained what happened. “I was actually on vacation; I was on vacation with friends,” said Huerter.

Some NBA betting sites are giving the Kings the seventh-lowest odds to win the championship in 2023. Though, a few oddsmakers are expecting Sacramento to end its 16-year playoff drought this season.

Anybody else miss Kevin Huerter?

“I was out of the country at the time,” continued Huerter. “And I happened to be away from my phone, and it was one of those situations where, like, you’re in a different country, you have horrible service and all of the sudden you get back to the internet and your phone is blowing up.”

Now, Huerter was not expecting to retire with the Hawks. However, he was not anticipating a move so early in his career. The Maryland product was selected 19th overall by Atlanta in the 2018 NBA Draft.

“Trade-wise, I wouldn’t say it was necessarily something I was expecting.”

“But just the way the last season had ended in Atlanta, the team was kinda looking to do something,” continued the Kings guard. ”

And the different personnel that I had heard they were bringing in and had already brought in, I knew there could be something on the horizon.

“So mentally, I think I was preparing myself that something could happen, just that I had no idea where I was going to go and obviously, I didn’t know if I truly would [get traded].”

Of course, in the Kings’ 115-108 loss against the Trail Blazers to open the season, Huerter scored 23 points in 29 minutes of action. The guard finished his performance with 3 rebounds, 2 assists, and 1 steal as well.

Furthermore, the Kings remain winless at 0-4 to start the 2022-23 season. On Saturday at 6 p.m. ET, Sacramento takes on the Miami Heat at Golden 1 Center.