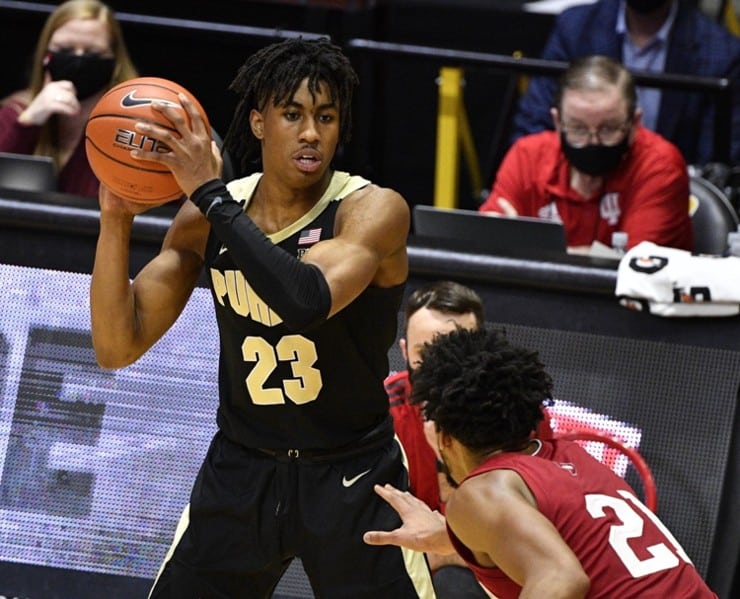 The 2022 NBA Draft is scheduled for Thursday, June 23; the top 5 best point guard prospects will be discussed and analyzed in this article. Also, the NBA draft combine is May 16–22 in Chicago, Illinois. Another event to mark on the calendar is the draft lottery, which is scheduled for May 17. Other NBA draft coverage and betting content is on the main page.

The top 5 best point guard prospects include Purdue’s Jaden Ivey, Kentucky’s TyTy Washington Jr. and Shaedon Sharpe, Ohio State’s Malachi Branham and Tennessee’s Kennedy Chandler. According to oddsmakers, Ivey has the fifth-best odds of being selected first overall in the 2022 NBA Draft. Though, all the attention is on Jabari Smith, Chet Holmgren and Paolo Banchero. 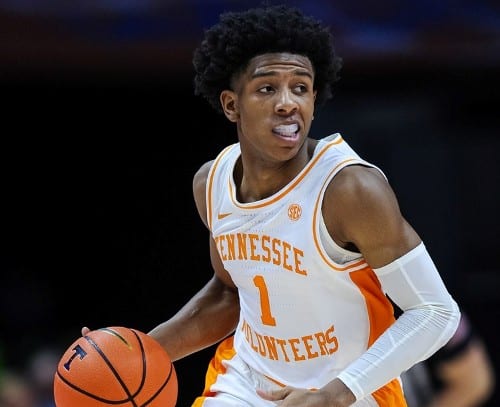 First off, Kennedy Chandler is 6′ tall and weighs 172 lbs. His hometown is Memphis, Tennessee. On the Recruiting Services Consensus Index (RSCI) Top 100 list of 2021, he ranked sixth overall. In a total of 34 games played in his freshman season at the University of Tennessee, Chandler averaged 13.9 points, 3.2 rebounds and 4.7 assists per game.

The guard was selected 2021-22 All-SEC second team and 2022 All-SEC Tourney. Not to mention, he was named SEC All-Freshman and SEC Tourney MVP. Chandler ranked second in his conference in steals (74). And he ranked fifth in assists, averaging 4.7 per game. 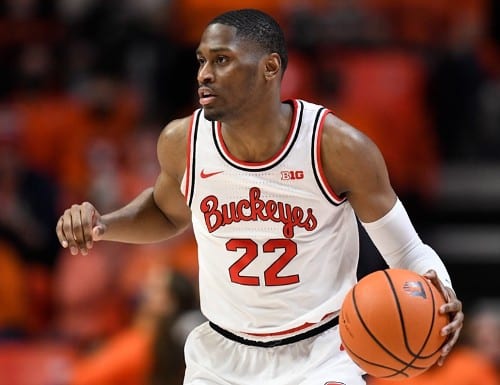 Next, Malachi Branham is 6’5″ and weighs 180 lbs. He attended St. Vincent High School. On the RSCI Top 100 list of 2021, the guard ranked 32nd. In his freshman season at Ohio State University, Branham averaged 13.7 points, 3.6 rebounds and 2.0 assists per game in 32 games played. He ranked second in free throw shooting percentage (83%) in the Big Ten.

Additionally, the guard shot 49.8% from the field and 41.6% from downtown as well. He was selected 2021-22 third team All-Big Ten and Big Ten All-Freshman. To add to these accomplishments, Branham won the 2021-22 Big Ten Freshman of the Year. Although underweight, his height alone was enough to draw interest from NBA scouts. 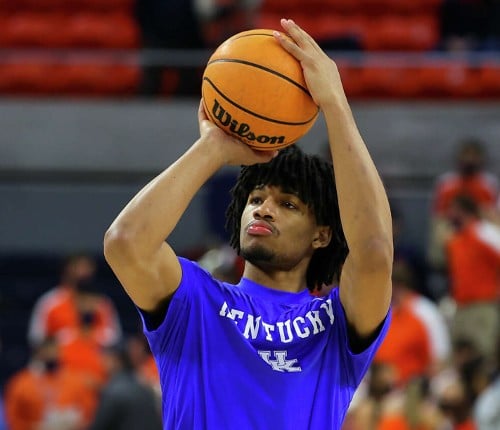 Furthermore, Shaedon Sharpe is 6’6″ and weighs 200 lbs. He was born in London, Ontario. The Canadian committed to the University of Kentucky in 2021. Nonetheless, on April 21, 2022, he decided to forego his collegiate eligibility by declaring for the 2022 NBA Draft.

Keep in mind, he is only 18 years old. Per 247Sports, ESPN and Rivals, Sharpe is the number one overall player in his 2022 class. The guard also had the chance to compete in the 2019 FIBA Under-16 Americas Championship. He averaged 13 points, 3.7 rebounds and 2.3 assists. His team won the silver medal in Brazil. 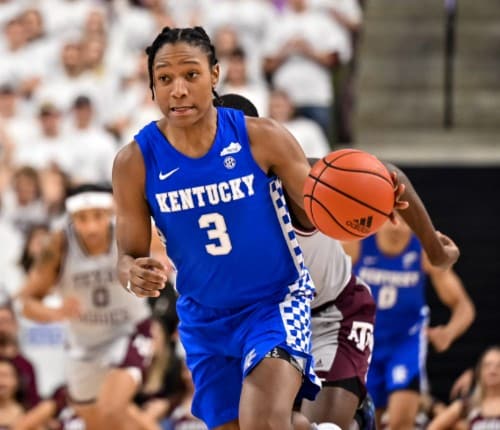 And he ranked ninth in assists per game (3.9) in the SEC. Washington Jr. was selected 2021-22 All-SEC second team and SEC All-Freshman. He is on the top 5 best point guard prospects list because Washington Jr. has experience playing at a high level. Even if Kentucky lost to St. Peter’s in the Round of 64, maybe what the guard learned through trial and error in the NCAA could potentially carry over to the NBA. 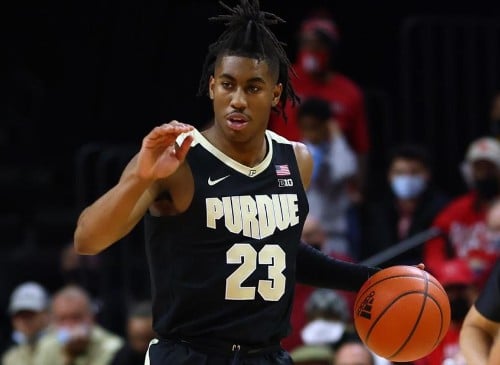 Lastly, this wouldn’t be a top 5 best point guards prospects list without mentioning Jaden Ivey. The guard is 6’4″ and weighs 200 lbs. His hometown is South Bend, Indiana. On the RSCI Top 100 list of 2020, Ivey ranked 87th. Having said that, he did a great job of improving his draft stock in the NCAA. In his freshman season at Purdue, the guard averaged 11.1 points, 3.3 rebounds and 1.9 assists per game in 23 games played.