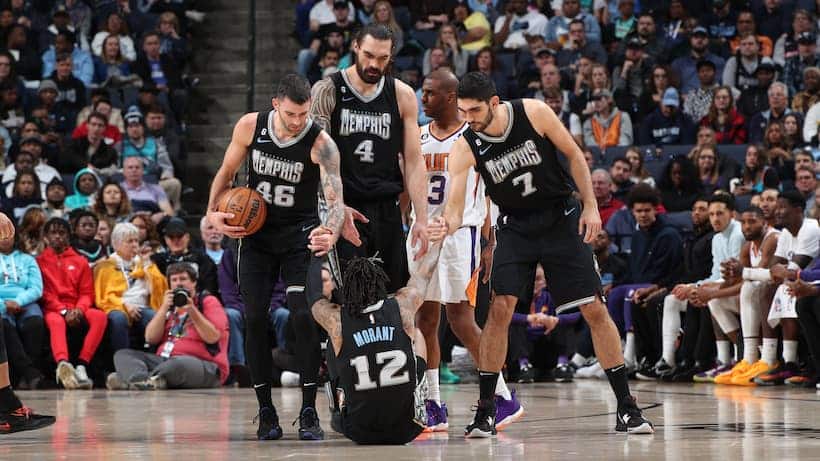 The Memphis Grizzlies are a top two team in the Western Conference with a 23-13 record. Ja Morant and the Grizzlies are just one game behind the Denver Nuggets in the standings. They’ve gone 6-4 in their last ten and are on a three-game win streak. Memphis has been drafting well in the past and have a lot of young talent on their roster. However, NBA insiders hint at the potential for Memphis to make a trade before the deadline.

Memphis’ front office has built their young core through multiple draft classes. That’s how they got Ja Morant, Desmond Bane, and Jaren Jackson Jr. NBA insider Shams Charania of The Athletic hints that Memphis could be in the market to make a potential trade before the deadline, which could shake up the West.

Tennessee Sports Betting sites have the Grizzlies at (+1400) to win the Finals this season.

Are the Grizzlies in the market to make a trade happen before the deadline?

The Memphis Grizzlies have some decisions to make with the trade deadline coming up in February. With a young core of talent already in-house, Memphis needs to decide whether they want to continue with their young core this season, or make a splash in the trade market. NBA insider Shams Charania notes that the Grizzlies are in a position to do this.

“have all their flexibility moving forward…They have, like, five first-round picks to play with… The fact that they have all their picks, they have Danny Green, they can really go get a star player out there in the marketplace whenever that guy becomes available. The question is gonna be, internally, do they want to continue to do it in-house [with] homegrown talent or do you want to go out and use your assets and go get another star?” – Shams Charania

Five-first round picks could draw in some serious trade calls from teams that are looking to build with future picks in exchange for win-now talent. With their roster so young and still so much room to grow, Memphis does not need to get overly aggressive this season and make a trade they’ll wish they didn’t make. Ja Morant is a young superstar in this league and Memphis just need to continue to build around him.