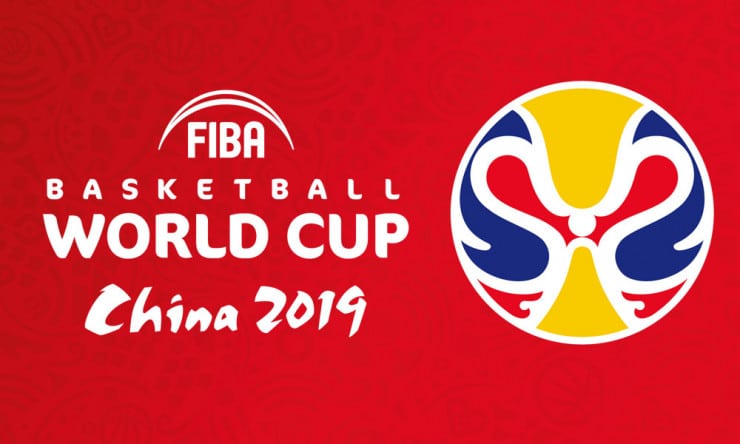 FIBA World Cup is the top basketball event this season and by September 15th, we are going to find out who is the best national team in the world. Although some of the biggest NBA stars canceled their participation as they want to prepare for the upcoming season, there is a number of NBA players in other national team rosters. As a result, a record 54 current NBA players is participating on FIBA World Cup. We are going to mention some of the biggest names and take look at their stats at this tournament. Also if you wish to bet on remaining WC games, check BettingOffers.Cash for latest promos.

Milwaukee Bucks star, who was voted as the Most valuable player in NBA league last season, was tipped to drive Greece towards the very latest stages of the tournament. However, they failed to reach the quarter-finals and Antetokounmpo somehow didn’t meet the expectations. In the key games against Brazil and the USA, which Greece lost both, Giannis managed to score 13 and 15 points respectively, with pretty weak field shots percentage against the Cariocas. Czech Republic’s defense also managed to stop him, since Giannis finished the match scoring 12 points and getting into foul trouble very early in the game. All in all, the expectations were much higher for the NBA league MVP.

It is the first time after a while that Jokic is going to play for Serbian national team on a big tournament. Serbia’s roster is full of talented players and Nikola is certainly one of the biggest names. Denver Nuggets power forward hasn’t scored too many points so far in the competition, but since Serbia was pretty confident in the first and second round, there wasn’t a need for having Nikola more than 20 minutes per game. Jokic has a very good field shot percentage, which is nearly 80% on the tournament level, and it might be even better if Nikola and the team haven’t put a pretty poor performance against Spain. Definitely, we can expect to see more from this guy, and he might be the one who can lead Serbia towards the battle for the world champion title.

Interestingly, top three NBA stars come from the non-US national teams. French center and Utah Jazz star is one of the best defenders in the tournament. Although he is not a top-scorer, Gobert is putting constantly good performances at the World Cup. He is dominating in the paint and collecting a number of defensive rebounds. His current average is 8.4 rebounds per game in addition to 11 points for 25 minutes spent on the court. However, France lost the top position in their group and they need to take a much harder path toward the very latest stages of the tournament. We will see how much Rudy Gobert can help his national team enter the battle for the trophy.

Finally, we have the first US player in this list. This point guard showed some good displays at this tournament and most importantly, he is one of the most consistent US players at the World Cup. Walker is scoring between 13 and 16 points per game, however, he is taking a lot of shots and his field shot percentage is at 50%. On the other hand, Kemba is positioned in the top 10 list for most assists on the tournament and so far, he is booking 6 assists per game in average. The US team needs him to keep up and continue with good displays in order to reach another finals and the battle for the world crown.

Italy failed to qualify for the knockout stage, but Danilo Gallinari was one of the best players in the team. Italians lost their key match against Spain in which Danilo contributed with 15 points. However, he didn’t manage to put a replay from the match against Serbia when he bagged 26 points from all positions. Currently, Oklahoma City Thunder power forward is among the 15 top scorers on the tournament, but he is certainly going to decline as the championship deciders are about to be played. So, this was an individually good campaign for Gallinari, but it wasn’t followed by the national team success.

Marc is one of the leaders of the Spanish national team and they are going to be involved in the battles for medals. Although they have several injured players, Spain is still one of the candidates for the highest-ranking and Gasol’s experience will be crucial. He had a bad night only against Italy, but fortunately for him, Spain managed to win and book their ticket for the knockout round. In that match, Marc scored only one two-pointer from six shots during his 27 minutes in the game. In other matches, he was one of the central figures as he was scoring 10+ points per match. Gasol should be looking forward to improving the percentage of 3-point shots as he is under 20% regarding this parameter. We expect him to be one of the central figures in the Spanish national team in the upcoming matches.

Bogdan is one of the candidates for the tournament’s top scorer title as he is currently over 20 points per match in average. Sacramento Kings’ and Serbian shooting guard is driving his national team in the battle for the top spot as they are considered as the favorite number one for lifting the World Cup trophy. Bogdan didn’t have his best evening in the match against Puerto Rico where he scored only five points with the field shots percentage of 1/8, but he managed to bag 26 and 31 points against Spain and Italy respectively. He is expected to be the driving force along with Nikola Jokic and Nemanja Bjelica, other two Serbian NBA stars in the upcoming matches and if he keeps it up, Bogdanovic will be one of the top picks for the tournament’s best line-up. Bogdanovic is at the peak of his career and besides being a high-scorer, he also produces almost five assists per match in average.