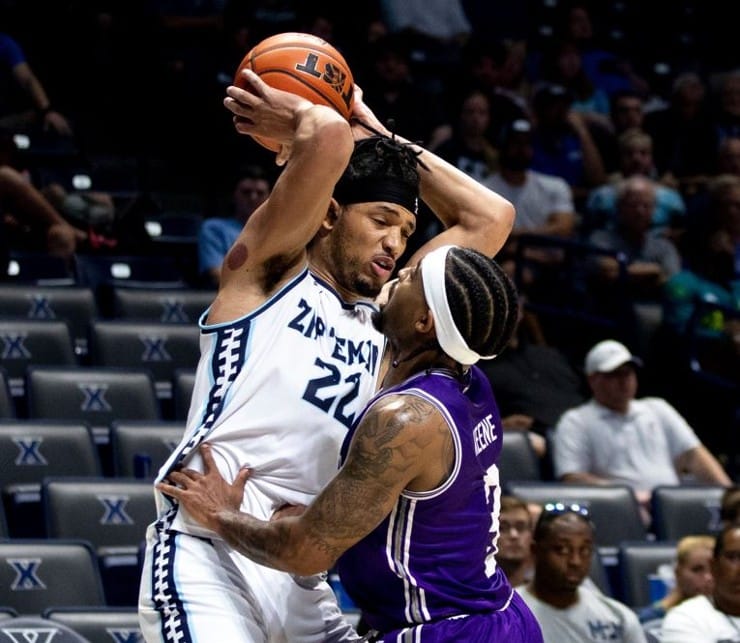 The Brooklyn Nets have signed free agent forward Kaiser Gates. According to multiple sources, this deal is an Exhibit 10 contract. Gates went undrafted out of Xavier in 2018.

On September 14, 2018, the 6’7″ wing signed a training camp contract with the Chicago Bulls. However, he was waived a month later without appearing in an NBA game.

Can Brooklyn win a championship with Kyrie Irving and Kevin Durant? A few NBA betting sites are giving the Nets top-5 odds of winning their first title since 1976.

Nets announced they've signed Kaiser Gates with the open roster spot. Gates has had a few stints with Long Island.

While with the Windy City Bulls, the team’s NBA G League affiliate, Gates averaged 12.7 points, 6.5 rebounds, and 2 assists per contest in 50 appearances. Plus, he shot 41% from the field.

He finished fourth in the G League in made 3-pointers (137), fifth in 3-point attempts (365), and eighth in defensive rebounds (270). The Nets could use his perimeter shooting.

Then, the Xavier product signed as a free agent with the Boston Celtics on September 30, 2019. Though, once again, he was waived a month later in October without ever appearing in an NBA game.

Gates signed an Exhibit 10 contract with the Nets on December 16, 2020. But he was waived a day later.

For the 2021-22 season, Gates signed with Hapoel Jerusalem B.C. of the Israeli Basketball Premier League.

As for his NCAA career, in 97 games and three seasons played with Xavier, Gates averaged 5.5 points and 3.8 rebounds per contest. He also averaged 40.6% shooting from the floor and 35.7% from beyond the arc.

Furthermore, for his junior 2017-18 season, Gates recorded career-high numbers. The Georgia native averaged 7.2 points and 4.6 rebounds per contest in 34 games. Not to mention, the wing made starts in 18 of those appearances.

Kaiser Gates didn’t receive any NCAA honors. Nonetheless, he finished his junior season 20th overall in the Big East in made 3-pointers (54).