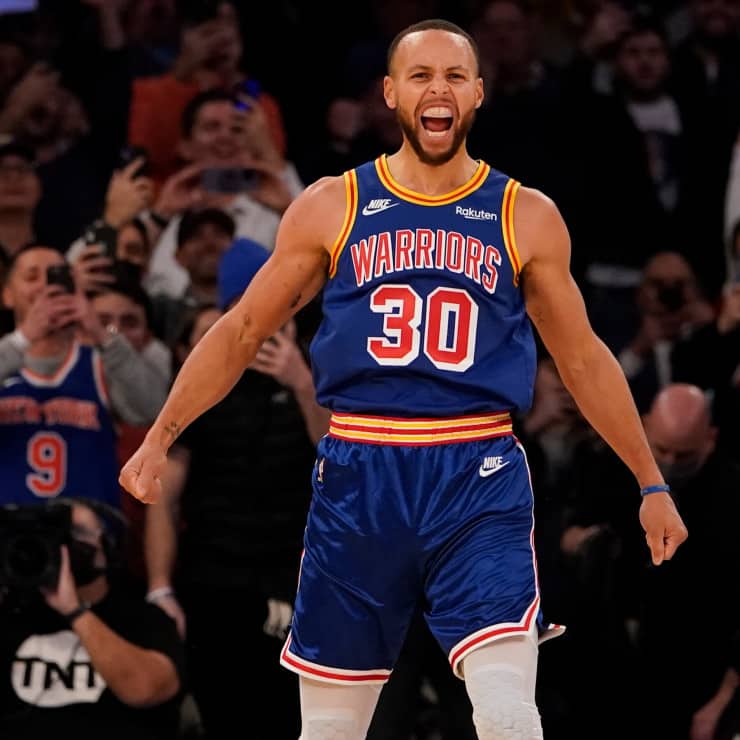 It’s a heavyweight matchup as the Brooklyn Nets roll in to town to take on the Golden State Warriors. Let’s take a look at the top NBA picks and betting trends, as well as the starting lineups for tonight’s Nets vs Warriors game.

Brooklyn continue life without All Star Kevin Durant who is out until late February with a knee injury. The Nets will be able to welcome back Kyrie Irving for this one who is available for road games for Brooklyn.

The Nets are coming off 3 losses in a row and have not won more than two games in a row since mid December. They currently sit 5th in the East, 2.5 games behind Miami who take on Toronto tonight.

With Kevin Durant absent, Brooklyn are led by James Harden and his 23 points, 8 rebounds and 10 assists per game. Harden will be delighted to have fellow Guard, Kyrie Irving, back as the Nets look to end their skid.

Golden State are currently sitting as the second seed in the West, 3.5 games behind last years NBA Finalists Phoenix Suns.

The Warriors have won 5 of their last 6 games and are led by future Hall of Fame inductee and All Star, Steph Curry. Curry is averaging just under 26 points per game on 42% shooting. The 3 point maestro averages 12 a game and is scoring 38% of them.

The Warriors will be looking to their two All Star Starters in Steph Curry and Andrew Wiggins to lead the team to an all important victory in this one.

Golden State will be looking to close the gap on the Suns tonight who beat the Timberwolves last night in Phoenix.

This is the second and final matchup between these teams. The Warriors won the first game in Brooklyn 117-99 with help from Steph Curry and his 37 points.

If you follow the ESPN Matchup Predictor you will see it gives Golden State a 76.6% chance of victory.

Given both teams recent form and the glaring hole left in the Nets team by Kevin Durant, I would say a Warriors win is likely. The Nets will be hoping to end their skid and close the gap on the teams above them however I feel the Splash Brothers and the rest of the Warriors team will be too strong for Brooklyn.