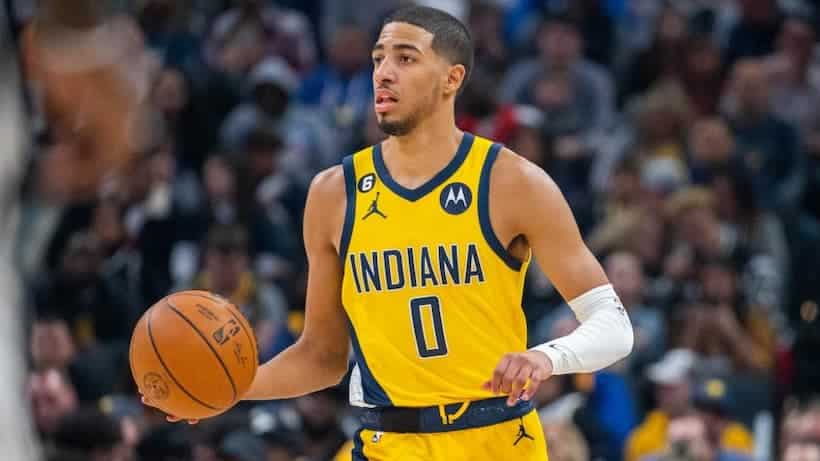 Head coach Rick Carlisle has a solid young foundation to build his team around in Indiana. Tyrese Haliburton and Buddy Hield lead the way offensively. Rookie Benndict Mathurin and Andrew Nembhard have emerged as bright young stars for the team as well. Last night however, Haliburton went down in the third quarter with a knee injury and wouldn’t return.

Pacers fans and front office are hoping that this knee injury is not something long-term. Haliburton was in prime position to become a first-time all-star this season leading the team in points (20.2) and assists (10.2) per game this season. Nembhard could see a few more starts if Haliburton misses some time.

Indiana Sport Betting sites have the Pacers at (+20000) to win the Finals this season.

Twenty-two year old Tyrese Haliburton had two Knicks players accidently land on him yesterday after his layup attempt was blocked. It was clear that he was grimacing in pain and he checked out the game just seconds after and would not return to the contest. The Knicks would go on to win the game 119-113.

The 2020-21 all-rookie left the game with 15 points and seven assists. Pacers head coach Rick Carlisle gave an update after the game saying that Haliburton had to leave he arena on crutches and that he also had a sore left elbow as well. Losing Haliburton for an extended period of time will be hard to replace as he leads the team in points, assists, and steals this season. He’s also shooting an extremely efficient 40 percent from deep in 2022-23 as well.

Rick Carlisle had this to say to the media after the game.

“Tyrese on the fall, I believe it was the third quarter (hurt his) left elbow, left knee; he’s going to leave the building on crutches just so everybody’s aware,”… “He’ll get checked out (Thursday), we hope it’s not serious.” – Rick Carlisle

His head coach also mentioned that Haliburton is not one to shy away from playing and knows he will do everything possible to be on the court to help his team win. Luckily for the Pacers, they have three player on the team besides Haliburton who score over (17.0) points per game. Buddy Hield, Myles Turner, and Bennedict Mathurin will all play a larger role on offense if Haliburton does miss some time.