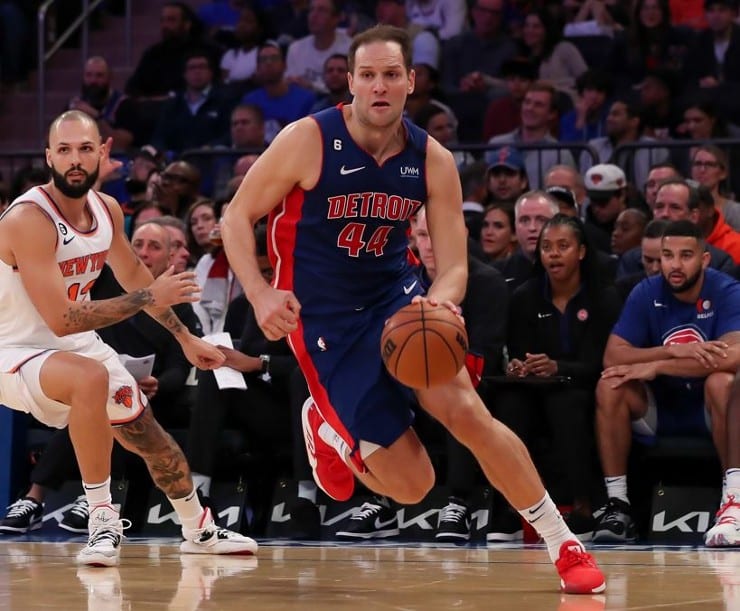 The Detroit Pistons have officially announced a two-year, $39.1 million contract extension for Bojan Bogdanovic. On Sunday, he signed his new multi-year contract, which extends through the 2024-25 season.

If certain conditions are met, the second year of the forward’s new deal is worth $19.03 million. So, it’s partially guaranteed; $2 million is the base amount. The full amount becomes protected in late June 2024.

According to some NBA betting sites, the Pistons have the eighth-lowest odds to win the championship in 2023. After starting the season 2-5, a few sportsbooks dropped their odds of qualifying for the postseason.

At the moment, the eight-year veteran is in the final year of his original deal. In 2019, Bogdanovic signed a four-year, $73.1 million contract with the Utah Jazz.

Of course, the forward was traded to the Pistons for cash, Saben Lee, and Kelly Olynyk in September. His salary this season with Detroit is $19.55 million.

Bogdanovic was selected 31st overall by the Miami Heat in the 2011 NBA Draft. However, his draft rights were traded to the Minnesota Timberwolves and then to the New Jersey Nets.

After going drafted in the first round, he played his first three professional seasons in the EuroLeague. During his rookie 2014-15 season in the NBA, Bogdanovic averaged 9 points and 2.7 boards in 78 appearances.

He was then selected to the NBA All-Rookie Second Team. Following three seasons with the Nets, the Pistons wing also played for the Washington Wizards (2016-17 season) and Indiana Pacers (2017–19).

Statistically, Bogdanovic’s best performances were with Utah. In 63 starts of the 2019-20 season, the forward averaged career highs of 20.2 points and 2.1 assists.

Here are the cap hits on the Bojan Bogdanovic extension in Detroit:

💰$2M is guaranteed in the 2nd year. The full amount becomes fully protected in late June 2024.

There are no trade restrictions on the extension.