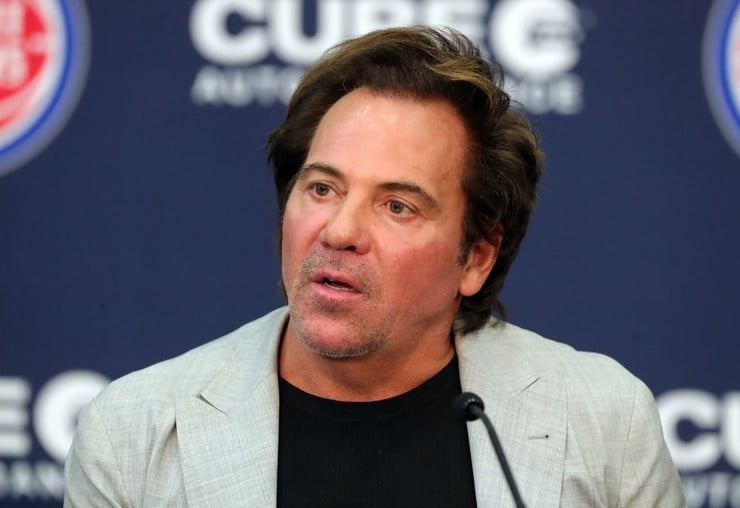 Detroit Pistons owner Tom Gores believes the 2022-23 season will be a special one for his team. While the Pistons were ahead 57-55 at halftime against the Orlando Magic on Wednesday, Gores discussed his expectations for this season.

“You know I’m an optimistic person, and this team has the makings of something special,” explained the multibillionaire. The Pistons went on to defeat the Magic 113-109 at Little Caesars Arena.

According to multiple NBA betting sites, the Pistons have the seventh-lowest odds to win the championship in 2023. After three straight seasons of missing the playoffs, a few sportsbooks expect them to return this season.

“There’s no doubt about it, with their basketball and everything else, they have the makings of something special,” continued the Pistons owner. “They do the basics. They work hard; they’re unselfish. They’re young.”

“I talked to them [Monday night] and being young, there are no limits for them. This team embodies what we believe in in Detroit.”

During the offseason, G.M. Troy Weaver and his star players made several moves. Marvin Bagley III re-signed with the team on a three-year, $37.5 million contract.

Plus, Hamidou Diallo exercised his $5.2 million option for the 2022-23 season. The 2023-24 options of Cade Cunningham, Isaiah Stewart, Killian Hayes, and Saddiq Bey were also exercised.

In this year’s draft, the Charlotte Hornets selected Jalen Duren 13th overall. Though, his draft rights were traded to the Knicks and then to the Pistons.

Kevin Knox signed as a free agent as well. In August, Rodney McGruder re-signed with the team.

Huge night for the Pistons! Congratulations and welcome to Detroit, @IveyJaden and @JalenDuren. Let’s get to work! #DetroitBasketball

Not to mention, in September, the Pistons traded Saben Lee, Kelly Olynyk, and $1,752,638 to the Utah Jazz for Bojan Bogdanovic.

“I think we’ve got great people, great players and great leadership with Dwane and Troy,” continued Gores. “I have tremendous confidence and I’m a very optimistic person, but these guys are showing it on the floor.”

A rebuilding team will go through growing pains at some point. The Pistons owner made that point clear during his interview.

“You have to have growing pains. It’s a part of any growth,” explained Gores. “The thing about our team is they have the character to actually go through pain — and we’re going to go through a lot, no doubt.”

“What’s the average age on our team? 21 or 22? These guys have the character to go through it, so, of course, I expect [growing pains].”