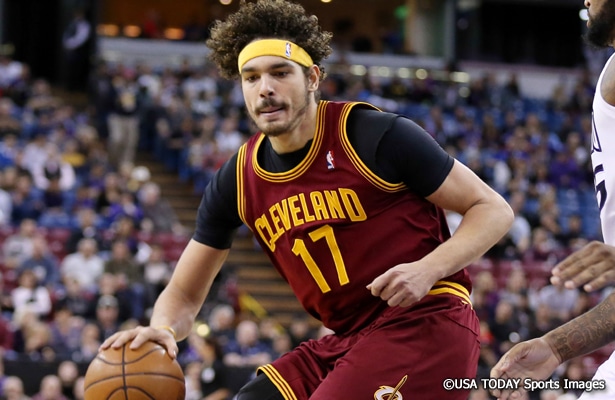 The Cleveland Cavaliers made waves last week by firing general manager Chris Grant. While the Cavaliers have undoubtedly struggled to start the season, the firing of front office executives before the All-Star break is a rare occurrence.

With the February 20 trade deadline looming and the Cavaliers potentially eyeing the draft lottery for the fourth consecutive year,  you can expect a few roster transactions to follow if an opportunity properly presents itself.

One of the Cavaliers’ most attractive assets come trade time will be veteran center Anderson Varejao. The 31-year-old is on the books this season for $9 million and his $9.7 million salary in 2015 is only guaranteed for $4 million.

There are numerous teams, a couple in the midst of making a run at the playoffs, who could use the production Varejao provides on the interior.

Let’s take a look at a few teams that have the assets to potentially make a run at Varejao should there be interest in his services:

The Phoenix Suns won a grand total of 25 games last season and have already exceeded that total before the All-Star break. The Suns (29-20) are currently seventh in the Western Conference standings and have recently emerged as a potential buyer at the trade deadline.

According to numerous reports, the Suns are looking to acquire an All-Star caliber veteran to aid in their playoff push. Recently, the team has been linked to former All-Star forward Pau Gasol but talks with the Los Angeles Lakers have seemingly stalled.

The Suns could potentially have four first round picks in this year’s draft, which is considered to be one of the best in years. Phoenix also has the insured expiring contract of veteran center Emeka Okafor to use in any deals.

In regards to finances, the Suns have $5.7 million in remaining cap space and just $23 million in guaranteed salaries on the books for next season.

Houston Rockets general manager Daryl Morey has a long history of making deals at the trade deadline and with the Rockets sitting in the Western Conference’s top five, this year won’t be any different.

According to the Houston Chronicle, Morey has admired Varejao’s game for years so it is a situation to keep an eye on. To be clear, Morey hasn’t been engaged in discussions with the Cavaliers on acquiring Varejao, but the Rockets could be in play for a center to backup Dwight Howard with the uncertain future of the disgruntled Omer Asik with the franchise.

Asik has made no secret of his desire to play a more prominent role and with Howard in Houston it likely won’t come with the Rockets. Asik’s cap hit is $8.4 million for this season and the 2015 campaign.

According to Sam Amico of Fox Sports Ohio, the Lakers inquired about Varejao in early January but were quickly rebuffed by the Grant regime. While the Lakers have been hesitant to add any long term salary because of their need to protect cap space this summer, the reported inquiry into Varejao should be noted.

Gasol is on the books for $19.3 million this season, but will be headed to unrestricted free agency this summer. The veteran could be a stabilizing presence in the Cavaliers’ locker room, which has been rocky all year. While the Lakers have been trying to avoiding adding long-term money, the team will potentially have a void to fill at center during the offseason and Varejao is a decent option provided he remains healthy.

From 2011-13, Varejao only played 50 games due to various injuries. The veteran has played in 46 contests already this season and is averaging 8.9 points and 10.3 rebounds in 30 minutes of action per night.