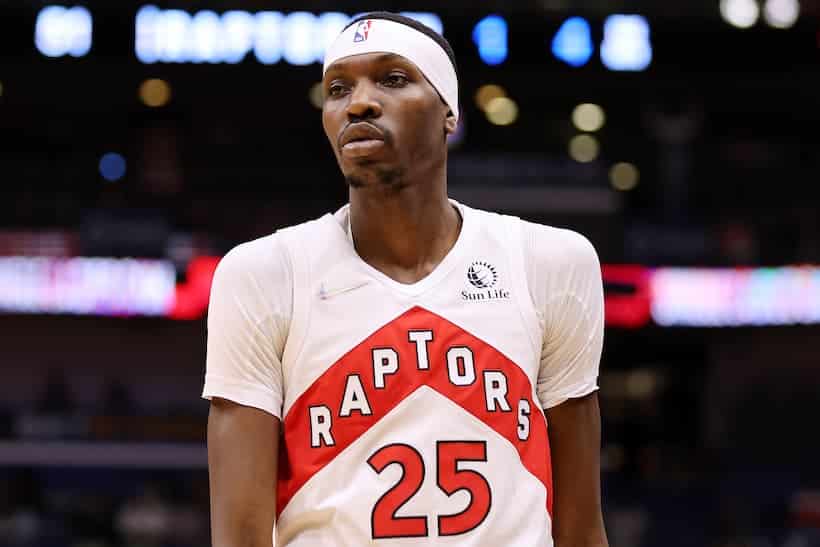 There’s been plenty of drama brewing this season for the Toronto Raptors and head coach Nick Nurse has lost the locker room at times. He was publicly calling out his players to the media and it hasn’t lead to positive results. The Raptors are 18-23 so far this season and are eleventh in the Eastern Conference. However, they are on a two-game win streak and rotation player Chris Boucher explained how the media has fueled the bench’s success.

Toronto’s starters were not the problem on the team, as they were the only team in 2022 to have all the starters average more than 15 points per game. The bench and rotation players in where their roster get criticized, but they’ve improved over the small two-game win streak the team is currently on.

Chris Boucher is the sixth man for Toronto and he takes pride in keeping the second unit in tact while the starters get rest. NBA betting sites have the Raptors at (+8000) to win the Finals this season.

Right back at it

Toronto’s bench has improved over the past few weeks and players like Boucher, Christian Koloko, and Precious Achiuwa have all been a driving force behind that. When talking to the media, Chris Boucher had this to say to about the improved bench play in recent weeks.

“Watching (the media) talk about us helps us a lot. We’re all tired of hearing ‘the bench isn’t doing a lot’… Every time you hear that, where we’re losing because of the bench, we want to prove you guys wrong.” – Chris Boucher

Boucher brings a spark of defensive intensity off the bench for Toronto and it’s benefitted them greatly. Last week vs Milwaukee, Boucher had a highlight play when he climbed the ladder to block Giannis Antetokounmpo’s shot attempt off the back board. Otto Porter Jr had season ending surgery and that’s lead to an increased role for Boucher which he has thrived with. He plays the most minutes per game (20.9) of any non-starter on the Raptors this season.

Chris Boucher with the denial on Giannis! 🙅‍♂️ pic.twitter.com/4gakV4zw9t