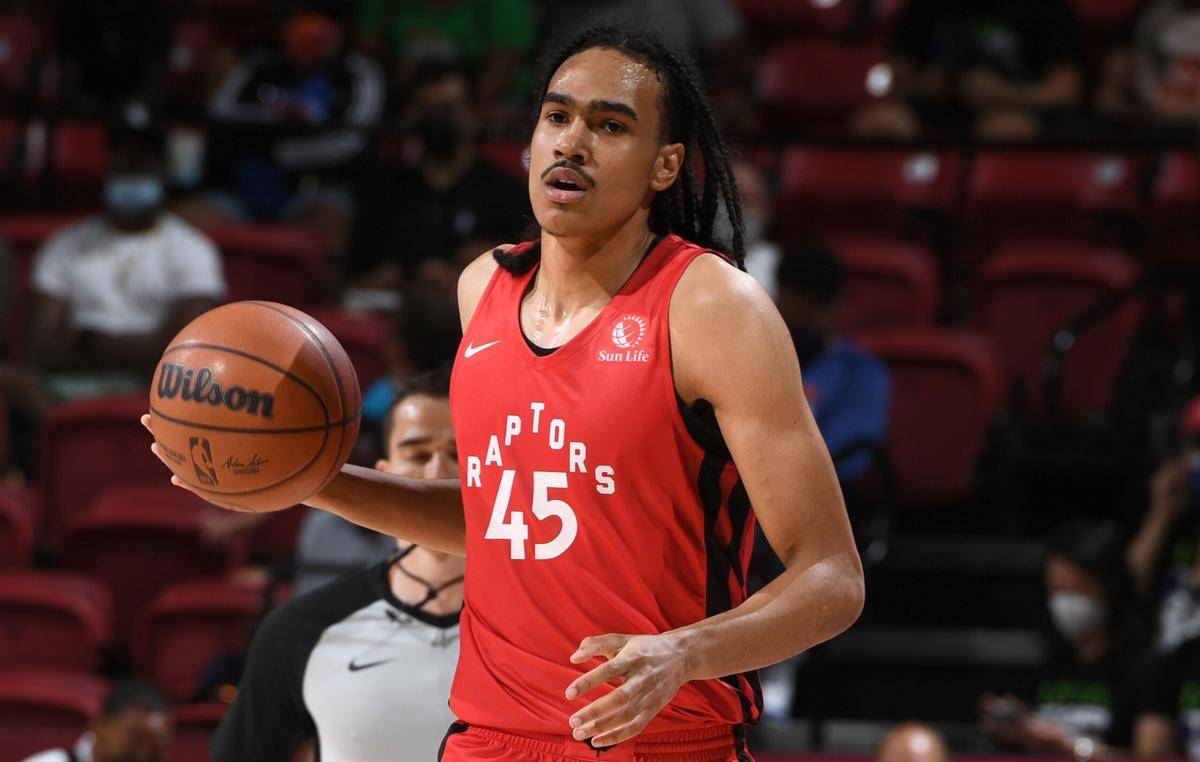 Dalano Banton, the Toronto Raptors’ No. 46 pick of the 2021 NBA Draft, has officially signed a two-year, $2.5 million rookie deal with the organization. Banton is the first Canadian player in NBA history to be drafted by the Raptors. The signing was made official this morning. In 58 combined games played at Western Kentucky and Nebraska, he averaged 6.3 points, 4.3 rebounds and 2.9 assists per game.

He also shot nearly 40 percent from the field and 24 percent from three-point range. In Division I basketball, the point guard was only one of six players to earn at least eight points, 13 rebounds and 10 assists in 2018-19. In May 2019, the point guard transferred to Nebraska. He then sat out for the 2019-20 season to improve his basketball skills with coaches and recruiting scouts.

Toronto Raptors‘ Dalano Banton — the No. 46 pick in 2021 NBA Draft — is signing a two-year, $2.5M rookie deal, sources tell me and @BlakeMurphyODC.

Moreover, he is now set to play for the Raptors. In the 2020-21 NBA season, Toronto finished 27-45 (.375), ranking fifth in the Atlantic Division and 12th overall in the Eastern Conference. Despite the team failing to make the playoffs, head coach Nick Nurse is still one of the best coaches in the league. Banton is in good hands under the 2019-20 Coach of the Year and 2020 All-Star Game head coach.