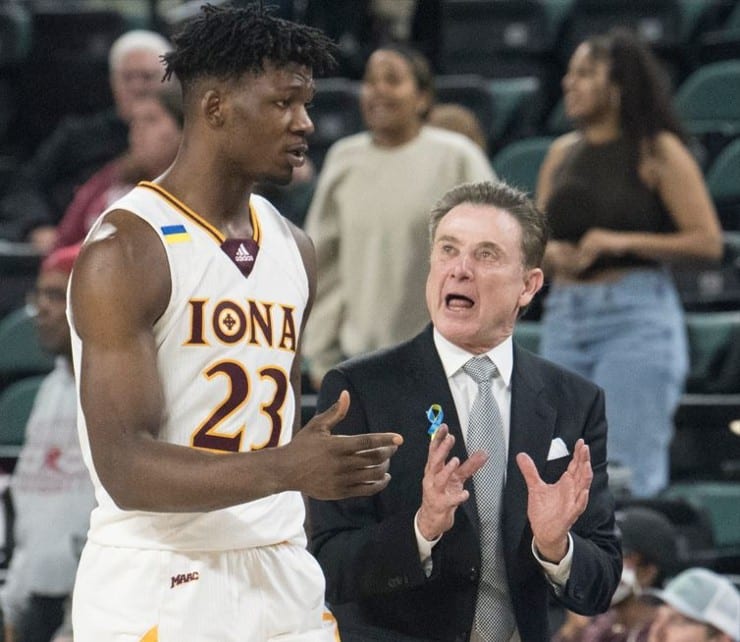 During a Zoom call on Tuesday, Pitino was asked about the Nets by NJ Advance Media. “Well, that’s a championship-caliber team,” explained the 48-year veteran coach.

“You have to make sure that four through eight [on the roster] can play that role because they are going to get hurt, and in the case of some of the guys on the Nets, they miss a lot of games.”

“You have to make sure that 4-8 can play and it doesn’t get any better than Kyrie and Kevin Durant.”

Rick Pitino says Nets are a ‘championship-caliber team’ with Durant

According to multiple sources, Simmons is expected to participate in training camp this year. The Nets’ training camp begins on Tuesday, Sept. 28.

“They’re two of the most explosive offensive basketball players there are in the NBA and if Simmons is healthy, he’s an outstanding play-maker and he’s a great defensive player,” continued Pitino.

“So, that’s a great team. I don’t know who they have 4-8, but that’s going to be a key component whether than can win a championship.”

Of course, Durant rescinded his trade request from the Nets on Tuesday.

Pitino coached the New York Knicks from 1987–89. Then, he coached the Boston Celtics from 1997–01. However, most of his success coaching basketball came in the NCAA.

While at Kentucky, Pitino coached the Wildcats to an NCAA Tournament championship win in 1996.

During the interview, the college coach was most impressed by the Golden State Warriors‘ 2022 NBA Finals series victory over the Boston Celtics. The Dubs won their fourth title in eight years.

“Every team needs a Draymond Green and I think Simmons probably will serve that role,” explained Pitino. “He’s the play-maker, he’s the defensive player.”

During the offseason, the Nets added Royce O’Neale and T.J. Warren to the roster. Joe Harris is also returning from left ankle surgery. He underwent the procedure on March 21.

It will be interesting to see how head coach Steve Nash works Seth Curry into the lineup. Nic Claxton and Patty Mills are other notable options as well.