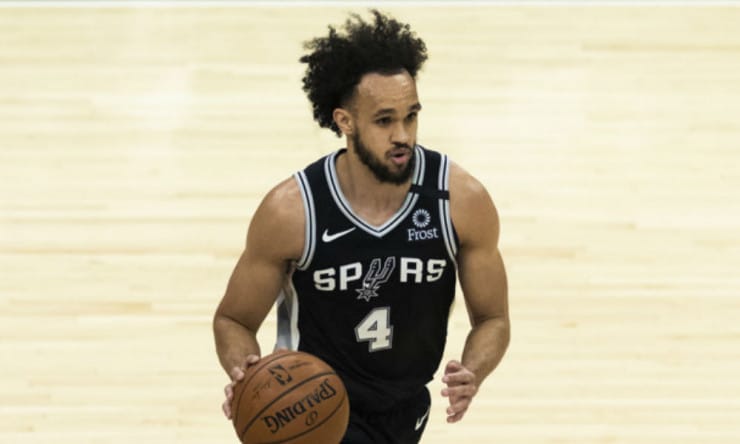 After winning their season-openers, the San Antonio Spurs and the Denver Nuggets collide in a contrasting affair of teams on the opposite end of the NBA spectrum Friday, October 23, at Ball Arena in Denver, Colorado. BetOnline has already released the odds for this Western Conference affair, and they are posted below.

The NBA released on Thursday the final 26 players who made the league 75th-anniversary team. To the surprise of Spurs faithful, only two members of the Spurs dynasty got added to the prestigious list. They are Tim Duncan and Kawhi Leonard. Manu Ginobili and Tony Parker, two key components of San Antonio’s title run in the 2000s and early 2010s, were astonishingly left off from the list despite their stellar careers. These omissions would not go unnoticed by Spurs and basketball purists, who grilled the voters for coming up with a half-baked list.

Speaking of snubs, reigning NBA MVP Nikola Jokic also found himself outside looking in as the NBA unveiled to the basketball world the 76th greatest players in the league’s history on Friday. Just like Spurs fans, Nuggets supporters weren’t ecstatic to learn that Jokic will have to wait 25 more years before finally getting his spot on the 100 greatest basketball players of all time.

The Spurs came through with a blowout win over the Orlando Magic 123-97 in their first game of the season. San Antonio, who lost star player DeMar DeRozan in the offseason, relied on balanced scoring as seven players on the team contributed ten or more points. All starters also scored double-figure points, with Jakob Poeltl filling in the stats sheet with 12 points, 13 rebounds, and seven assists. Reserves Devin Vessel and Lonnie Walker IV led the team in scoring with 19 and 17 points, respectively.

The Nuggets, meanwhile, are coming off a payback win over last year’s postseason tormentor, the Phoenix Suns. With the 4-0 sweep fresh in their mind, Denver applied heavy defensive pressure on Phoenix, limiting them to just 41.4 percent FG shooting and 37.8 percent from deep. Jokic racked up a huge double-double with 27 points and 13 rebounds with two assists and two steals in 35 minutes.

The Spurs and the Nuggets met three times last season, with the latter winning two of these games. In their latest regular-season series with San Antonio, Denver shot 50 percent from the field and held the opposing team to 47.17 percent shooting.

The Nuggets are heading into the game as 7.5-point favorites largely because many NBA experts consider one of the title contenders in the West this year. The Spurs, on the other hand, are at the early stages of rebuilding. The team focuses on building a winning culture for their young core led by Derrick White, Dejounte Murray, and Keldon Johnson.

Expect the Spurs to keep the game close through the first three quarters before fizzling out in the 4th quarter.

The smart money here is obviously on the heavy favorites Nuggets (-315). Both teams smothered their opening night opponents under 100 points, making UNDER an ideal pick for this match. Check out BetOnline.