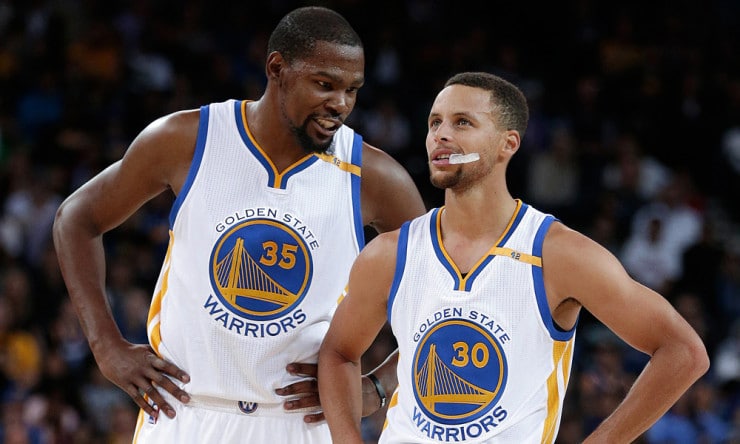 Stephen Curry and the Golden State Warriors were reportedly interested in acquiring Kevin Durant from the Brooklyn Nets. At first, most thought that this was just a rumor, but after what Curry said, it looks like it was a real possibility.

“I was never hesitant. The idea of playing with KD and knowing who he is as a person, from our history in those three years, I think KD’s a really good dude. I think he is misunderstood.

“I think he has had certain things happen in his life that hurt his ability to trust people around him, in a sense of making him feel safe at all times. So all of those things, I understand, having played with him and gotten to know him. I love that dude,”

Curry Realizes Others Would Have Been Traded

Curry acknowledges that in order for them to acquire Durant, they would have had to trade multiple players to attempt to land the superstar.

“And if you said, ‘Oh, KD’s coming back, and we’re gonna play with him,’ I had so much fun playing with him those three years, I’d be like, ‘Hell, yeah!’ Then you have to think: What does that actually mean? What does it look like? You tell me I’m playing with [current Warriors teammates Andrew Wiggins, Jordan Poole, and Draymond Green], I’m like, ‘Hell, yeah!’…but you also understand, like, if we run this thing back, I’ve got complete confidence in my team that we can win it again, as constructed, said Curry.

“And if anybody’s saying that you wouldn’t entertain that conversation — no disrespect to anybody on our team — but you don’t know how things work. But you also understand, like, if we run this thing back, I’ve got complete confidence in my team that we can win it again, as constructed.”

“So, all those things were true. And it started with me wanting to play with KD at the beginning. Yeah, it’s about winning, it’s about having fun, playing the game of basketball. And that was part of the reaction of, like, ‘Yeah, it’d be amazing.’ What does that actually mean?”