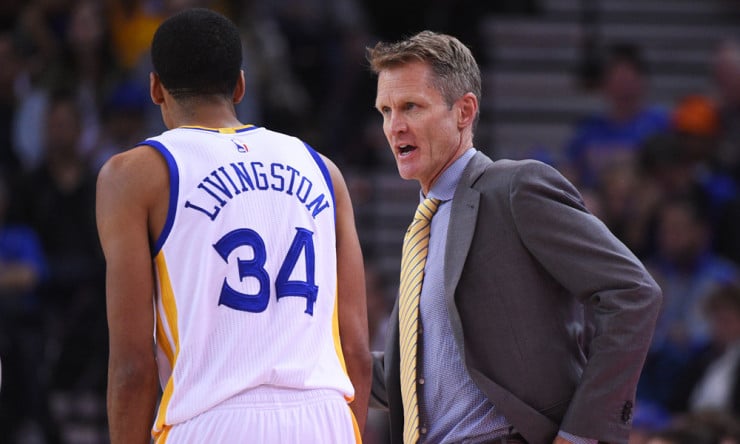 Warriors coach Steve Kerr was at the Oracle Arena on Sunday to see Golden State’s 113-111 victory over the San Antonio Spurs in Game 1 of the Western Conference finals.

This was the first game Kerr attended since taking an indefinite leave of absence in the middle of the first round because of complications from back surgery almost two years ago. Kerr watched the game from the Warriors’ locker room and he delivered a motivational halftime speech to his team, who was facing a 20-point deficit after two quarters.