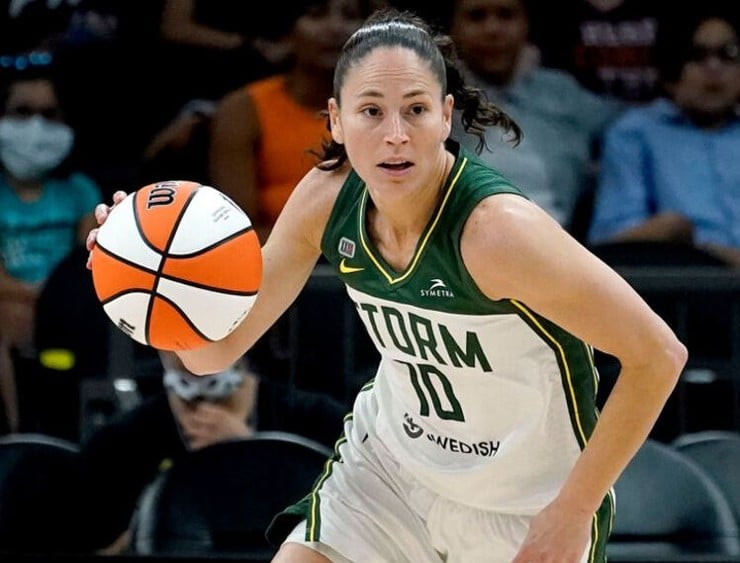 The Seattle Storm played the Las Vegas Aces on Sunday, Aug. 14, and this regular-season finale became the most-watched WNBA game since 2008.

According to Nielsen ratings, the game peaked at 1.1 million viewers, making this WNBA contest the highest viewed across all networks in 14 years.

For those wondering, Game 1 between the Los Angeles Sparks and Minnesota Lynx of the 2016 WNBA Finals became the most-watched WNBA Finals game ever on ABC.

Per Nielsen, 597,000 fans tuned in to watch the matchup. The Finals contest drew the largest WNBA audience across the networks, dating back to 1998.

Storm vs Aces is most-watched WNBA game since 2008

On Sunday, the Aces defeated the Storm 109-100, finishing with a league-best record 26-10 and the number one seed. Aces guard Chelsea Gray ended her performance with a career-high 33 points in 36 minutes played.

Gray shot 10-for-15 from the field and a perfect 11-for-11 at the free throw line. Plus, Kelsey Plum seven of her 23 total points in the final minute of the game. With 58 seconds left, the Aces went up by six points after Plum sank a 3-pointer.

Additionally, forward A’ja Wilson ended her game with another double-double, amassing 25 points, 10 rebounds and 5 assists in 37 minutes of action.

Meanwhile, guard Jewell Loyd scored a team-high and career-high 38 points for the Storm. In 35 minutes played, she shot 13-for-23 from the floor and 8-for-14 from 3-point range.

Fan across several different markets tuned in to watch Bird play the final game of her WNBA career. That’s the most logical explanation for the game’s high viewership. Everyone wants to watch superstars. And a lot of NBA fans also support the WNBA.

Of course, Aces fans tuned in to watch their team secure the No. 1 seed. However, Bird is a generational player for women’s professional basketball. She is the LeBron James-equivalent for the WNBA.

For the playoffs, the Aces’ opening-round matchup is against the eighth-seeded Phoenix Mercury. The series begins tonight at 10 p.m. ET.

Other WNBA news stories related to the Aces or Storm are on the main page.