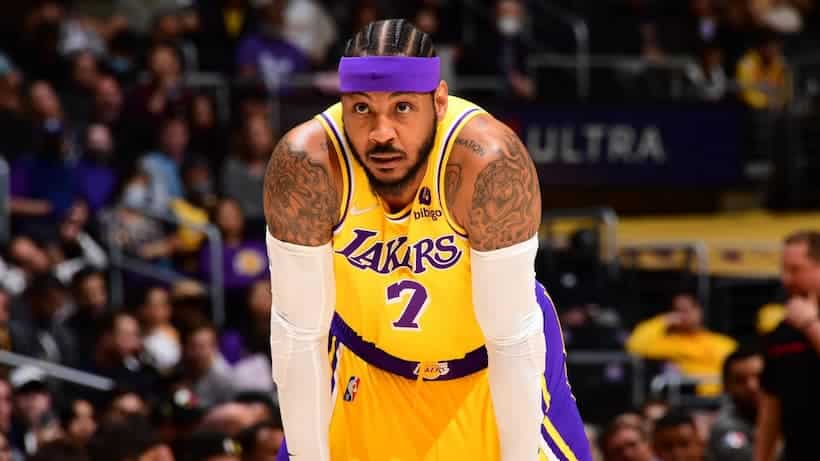 As players get older in the league, the more and more their skills are doubted. It’s a natural part of the game and sometimes the situation is out of their control. That is true for NBA legend Carmelo Anthony who didn’t receive any offers to play this offseason. At 38, Melo is not getting any younger, but he could still be a valuable bench piece for a young roster. His long-time friend Chris Paul was even vouching for Anthony to have a chance to retire on his own terms.

Whether he gets another chance to play in the league or not again, Carmelo Anthony will go down as one of the greatest to ever do it. He was honored last season as a member of the 75th Anniversary team and is also a six-time scoring champion.

With the Phoenix Suns struggles recently, could Paul be making an effort to get Anthony signed by the Suns? Arizona Sports Betting sites have the Suns at (+1400) to win the Finals this season.

The 37 year old Chris Paul will turn 38 this May so he obviously feels for his friend Carmelo Anthony. Last season for the LA Lakers, Anthony averaged 13/4/1 and played in 69 games and made three starts. Obviously he is not the player that he once was, but chances are he could be more effective than some players who still have their chances right now to play. Paul had this to say about Anthony being able to retire on his own terms.

“Melo is one of the best to ever to play the game,”… “I’m obviously biased and hope he’s in the league soon because somebody of that caliber, with that ability, with the heart that he has, and the stuff he’s done for the game — he should be able to walk off the court when he’s ready.” – Carmelo Anthony

As a ten-time all-star, Anthony has had a historic career in the NBA. The classy thing for a team to do would be to sign him for the rest of the season and then let Carmelo announce his retirement at the end of the season.