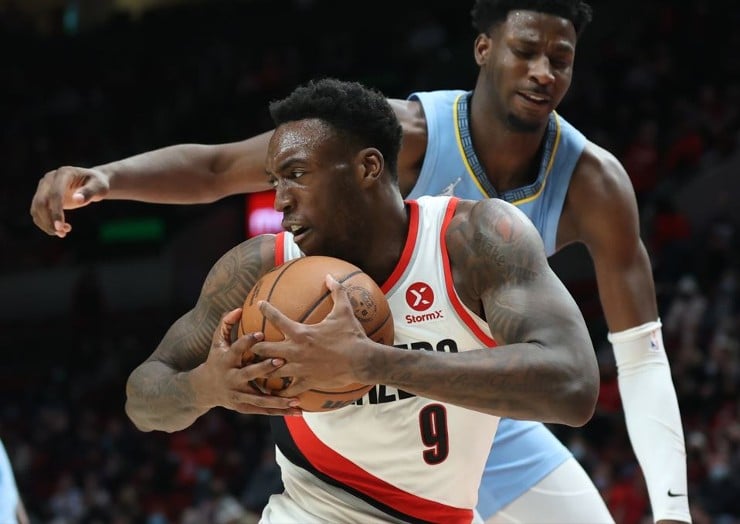 The Portland Trail Blazers have signed forward Nassir Little to a four-year, $28 million contract extension ahead of the Monday deadline. This is a fully guaranteed deal.

According to some NBA betting sites, the Trail Blazers possess the 12th-lowest odds to win the championship in 2023. But a few sportsbooks are anticipating another playoff appearance this season.

Little showed tremendous progress a season ago before a season-ending shoulder injury in January, but is fully recovered and now lands a fully-guaranteed $28M extension ahead of the Monday deadline. https://t.co/4vtDbXU2MS

Head coach Chauncey Billups played Little for 25.9 minutes per game, and the forward made starts in 23 contests.

However, the forward suffered a left shoulder labral tear weeks later. The Trail Blazers then announced that Little would undergo season-ending surgery.

He ended his third NBA season with a total of three double-doubles. In May, the forward also underwent abdominal surgery.

He finished 19th in the ACC in made 2-point field goals (117) and 15th in games played (36). Alongside Damian Lillard and Anfernee Simons, the Florida native helps make the Trail Blazers a contender.

While the forward did not receive any honors in college, he was a standout player in high school. He scored 28 points during the 2018 McDonald’s All-American Game. He was named MVP.

When healthy, Nassir Little is a vital asset to the Trail Blazers’ frontcourt. Oddsmakers are expecting the Western Conference team to return to the playoffs in the 2022-23 season.