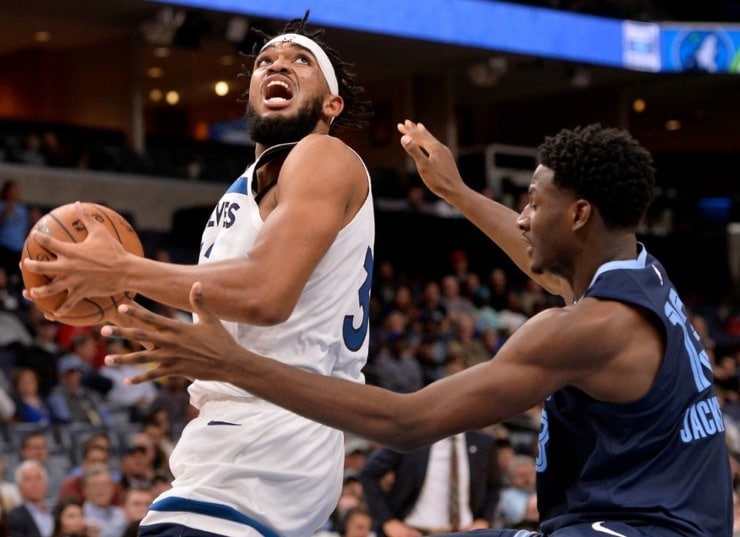 The Portland Trail Blazers and the Minnesota Timberwolves are set to meet at the Target Center for a Western Conference matchup on Saturday. The Timberwolves currently have a 2-0 series lead against them on the year. Portland is 4-6 in their last 10 games while Minnesota is 6-4.

The Timberwolves will be coming off a back-to-back in this one as they will take on the Oklahoma City Thunder on Friday.

Below, we will take a look at players who are currently on the injury report for Saturday night’s game. Minnesota could have a few late scratches due to a back-to-back.

Portland will travel to Minnesota on Saturday night for a battle versus the Timberwolves. For the latest NBA betting trends and free NBA picks on Saturday’s game, check out our Trail Blazers vs Timberwolves preview below.

The Portland Trail Blazers have had an interesting season, to say the least. They saw Damian Lillard go down with an injury and CJ McCollum get traded at the break. Portland has done a great job without both of those guys the past few weeks, and they’re looking to continue their above-average play.

Portland is currently the 11th seed in the Eastern Conference and they only need to be the 10th seed to make it into it be play-in game. Portland is currently on a three-game losing streak, but those were against three of the best teams in basketball as they lost to the Golden State Warriors, Denver Nuggets, and the Phoenix Suns. In Portland’s last game against the Phoenix Suns, they lost 120-90, but they were able to have six players in double figures.

Timberwolves Coming Off A Back-To-Back

The Timberwolves are currently the seventh seed in the western conference with a 34-29 record. They have played decent basketball for parts throughout the year and that is because of D’Angelo Russell, Anthony Edwards, and Karl Anthony-T0wns.

In Minnesota’s last game, they were able to come away with a very impressive win against Stephen Curry and the Golden State Warriors. In that game, Karl Anthony-Town finished with 39 points, and 9 rebounds, while D’Angelo Russell was able to add 22 points and seven assists.

This is going to want to be tougher games to bet on Saturday. Personally, I’m going to go with Portland to cover +13. I’m also going to have Karl Anthony-Towns to score 25 points since Jusuf Nurkic is not going to play due to injury.

I’m also going to put some money on Anfernee Simons to have 20-plus points because he has been sensational for this Blazers team throughout the past two months.

Get free NBA bets for the Trail Blazers vs Timberwolves game at BetOnline below.