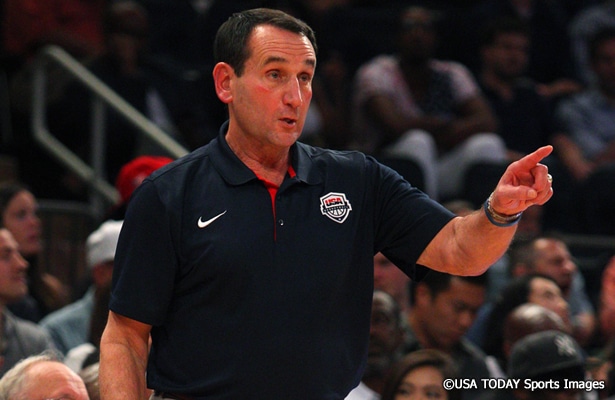 An NBA coach will likely follow Mike Krzyzewski as U.S. Olympic basketball coach. USA Basketball chairman Jerry Colangelo said Tuesday in an interview with SiriusXM NBA Radio that the “odds are that it will be a professional coach.”

Krzyzewski was hired as U.S. coach in 2005, when Colangelo began the national team program. Krzyzewski will guide the Americans in the Olympics for the third straight time next summer in Rio. Colangelo says he hopes to unveil his plan to replace Krzyzewski sometime soon.