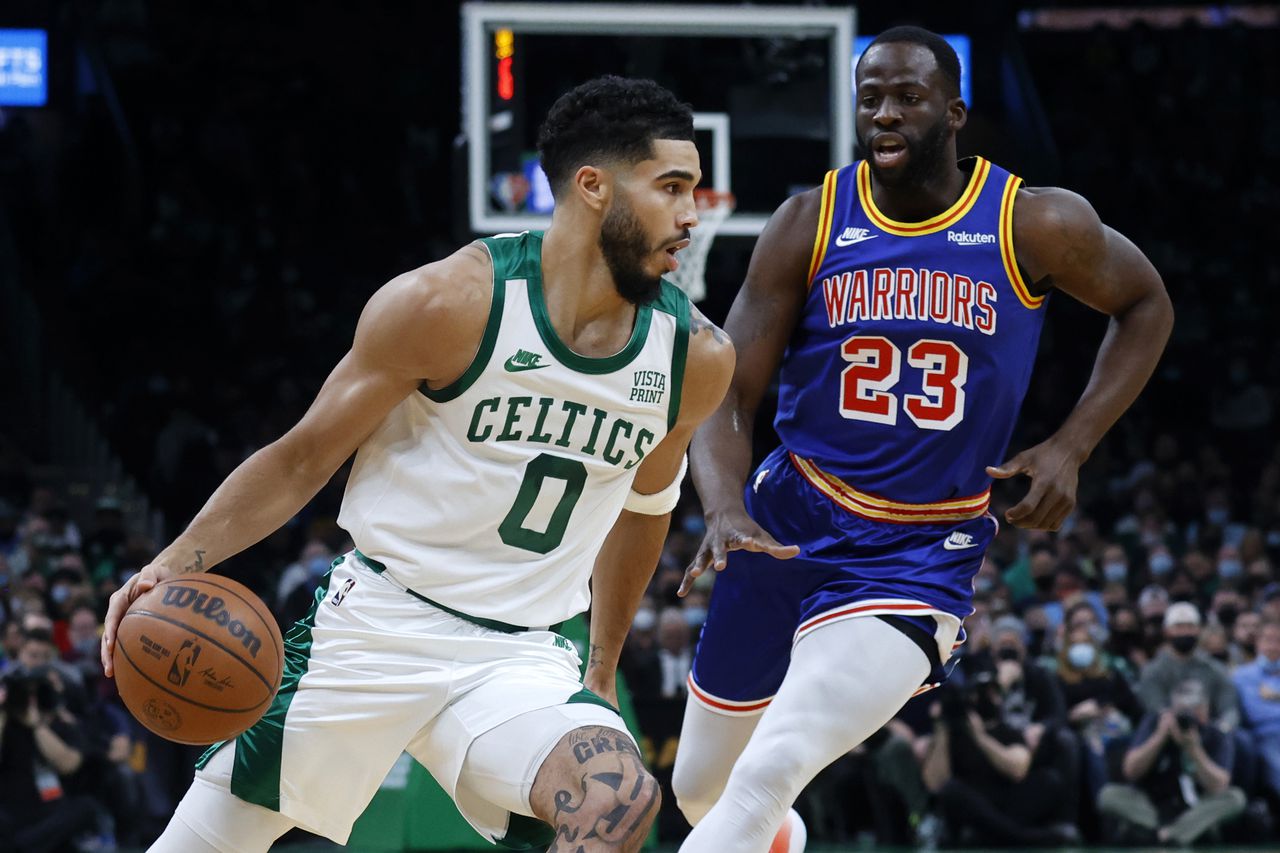 On the ‘Draymond Green Show‘ earlier this week in a podcast episode where the 32-year-old discussed the Warriors recent trip to Japan amongst other topical conversations across the NBA, Green had some words of encouragement for Tatum.

“Resiliency allows teams to show their true characters, so, we’ll get to see the true character of the Boston Celtics led by none other than the young GOAT, young next greatest Jayson Tatum.”

The 24-year-old led Boston to their best ever finish in the playoffs since 2010, as the Celtics bowed out in six games to the Golden State Warriors in the NBA Finals.

Tatum will be eligible to sign an NBA-record $298m extension if he makes an All-NBA team next season which he has already made in two previous years; third team in 2020 and first team in 2022.

“All the individual stuff, I would trade all that to win a championship. And I believe that we’re gonna do it.” – Jayson Tatum pic.twitter.com/X1yrwU3JIN

He was able to fight through and defeat Kevin Durant, Kyrie Irving, Giannis Antetokounmpo, and Jimmy Butler to put his name amongst the greatest in the game at this current point.

Tatum is +1200 to win the MVP award for the first time in NBA betting, one of the leading candidates following Boston’s remarkable turnaround from an 18-21 record in January to the top of the Eastern Conference standings at one point and then on to the finals.

The former Duke man has recently stated that he believes he is one of the best players in the NBA at age 24, but there is still a lot more he can improve on as the beginning of the 2022-23 season in less than two weeks inches closer.