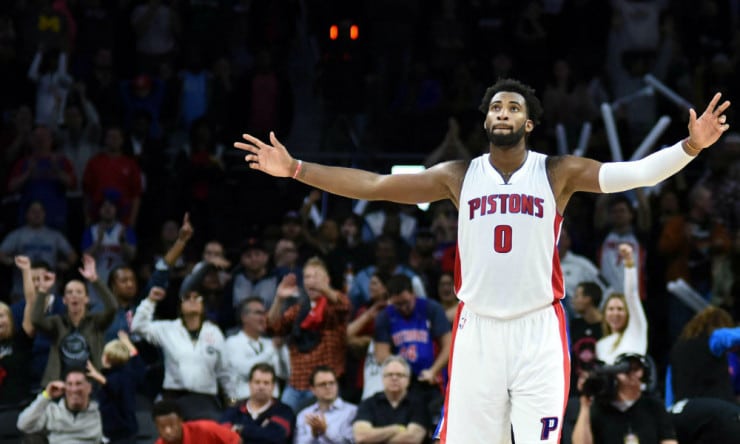 I (writer Keith Langlois) asked him (Stan Van Gundy) about the strides Andre Drummond has shown but still needs to make as a rim protector. Van Gundy acknowledged the ups and downs – more on that in a minute – and in the course of answering, said this: “Look, he’s the guy – probably he and Stanley (Johnson) are the guys who can, I think, based on their age and what they’ve done and what they’re capable of doing, who have the potential to make the biggest jumps.”

“He’s still so young, but he’s been in the league long enough,” Van Gundy said. “He’s got to really just do what it takes on the mental level to get himself ready to play every night and get himself focused at that level and that hasn’t quite happened yet.”