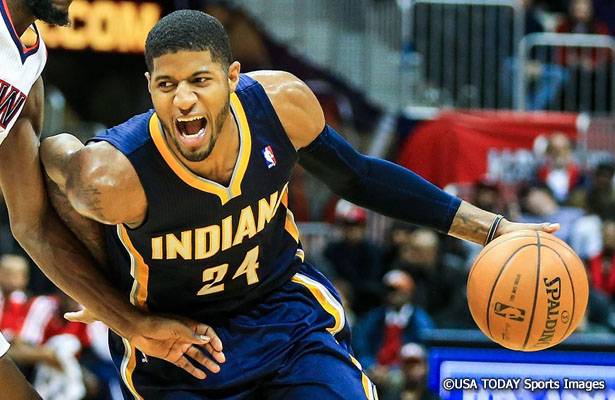 “We’re going to be very different than we’ve been in the past and that’s something I’m really, really excited about,” (Pacers Coach Frank) Vogel said during an interview on NBA TV at halftime of the team’s second Summer League game Monday afternoon.

“We’re going to try to get up and down the floor a lot more than we have, be more of a running team, play (with) a little bit more pace but also playing Paul George at the four some — maybe a lot — could give us an entirely different look.”