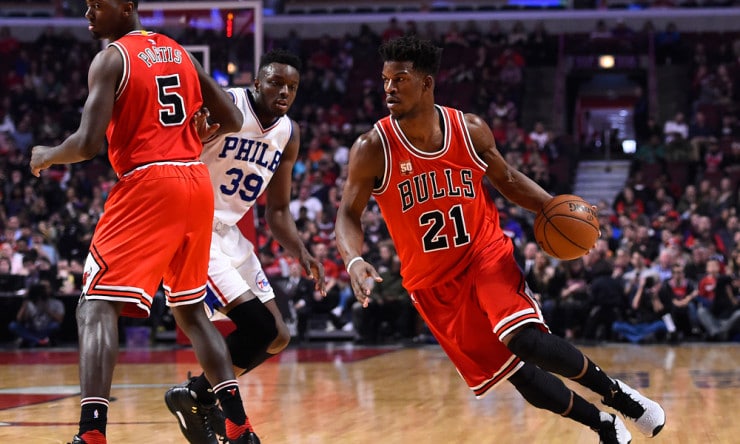 While amazing performances continue to come out of Oklahoma City, Houston and elsewhere, Dwyane Wade says he believes Chicago Bulls guard Jimmy Butler shouldn’t take a backseat to any of them.

“He’s playing as good as anybody in the league right now,” Wade told ESPN.com on Saturday after the Bulls’ 123-118 win over the Toronto Raptors. “What he’s doing in the fourth quarter is even more impressive than the stat line at the end of the day. That stat line is amazing, but everybody knows we’re going to Jimmy. And to still be able to make those plays, make those things, it’s incredible. And then to still guard one or two of the other best players on the other end of the floor in the fourth, that’s impressive, man. He’s playing out of this world right now. His confidence is out the roof, and that goes a long way.”