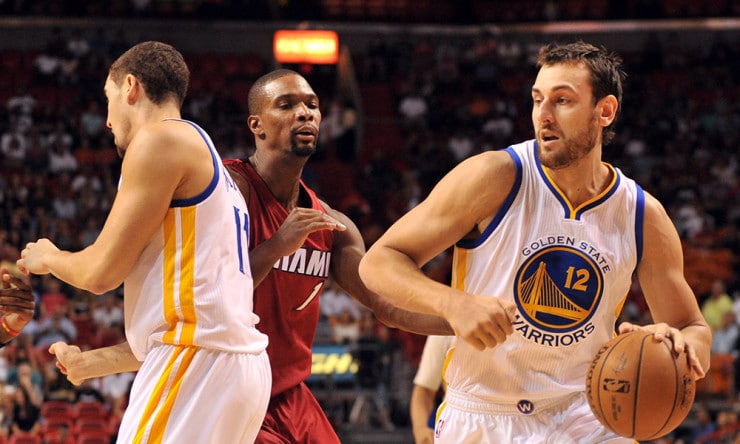 Golden State Warriors center Andrew Bogut has a concussion after taking an arm to the head in Tuesday night’s season-opening win against New Orleans.

Bogut had already been wearing a face mask for a broken nose when he suffered a cut above his right eye that required stitches. He left the Warriors’ 111-95 win at the 7:07 mark of the third quarter and didn’t return. The team said he was evaluated after the game and again Wednesday morning. Bogut won’t return to the court until he is symptom-free and passes the NBA’s concussion protocol.