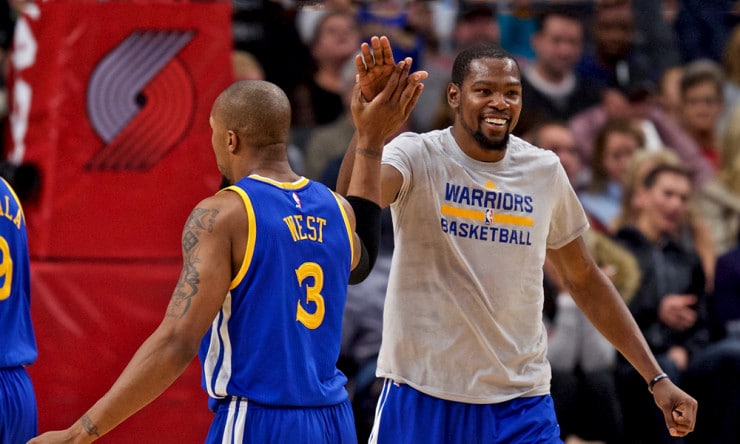 The Golden State Warriors beat the Phoenix Suns 133-120 in a warped offensive explosion that left everyone other than Warriors defensive guru Ron Adams feeling entertained.

For the most part, the Warriors played badly on defense — until the moment they needed to deliver an inflection point. With Stephen Curry scoring 30 points, Klay Thompson also claiming 30 (24 in the second half) and Kevin Durant notching 29, defense can be optional. “You’re going to have games like that, where it’s just going to be a slugfest,” Durant said after the game. “Trade baskets at one point. They went on a couple runs. There’s going to be times where you’re going to try and come out and maybe try to outscore teams.”