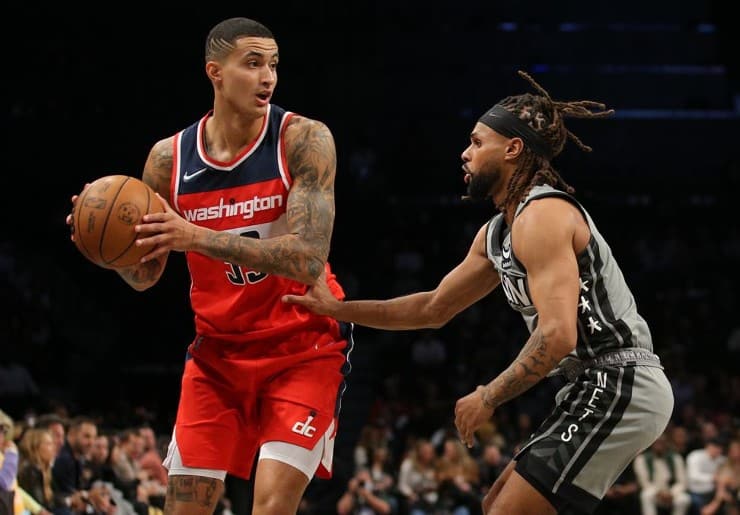 The Washington Wizards are 11-11 so far this season and are second in the Southeast Conference. Bradley Beal and Kristaps Porzingis are the two leading scorers for the Wizards this season. Porzingis leads the team in rebounds and blocks as well this season. He’s having one of his best seasons as a pro. A player on their team who a lot of teams are reportedly interested in is PF, Kyle Kuzma.

He was shipped to Washington ahead of the 2021-22 season in a deal that sent Russell Westbrook to the Lakers. Kuzma is making $13 million in base salary this season and has a $13 million player option for the 2023-24 season. The fit between the two may not be the greatest and don’t be surprised if you see him traded before the deadline this season.

NBA betting sites have the Wizards at (+20000) to win the Finals this season.

Kyle Kuzma over the last 4 games:

ESPN’s Brian Windhorst reported about Kuzma and questioned why Washington may want to on from him at this point in his career.

“Kyle Kuzma has been red-hot. And I’ve heard some rumors, and I’ve talked to some executives about some teams saying, ‘Yeah, they’re trying to get Kuzma out of Washington. Various teams are trying to trade for Kuzma.’ I’m like, ‘Why? Why would Washington trade him?’ Kuzma is on a great contract, and he’s producing at a very high level. Now look, he kind of ebbs and flows, but we know he’s got the ability to defend. He doesn’t always do it, but we know he’s got the ability to do it.” – Brian Windhorst

Washington’s front office may be inclined to move Kuzma before the trade deadline, but that could make their chances of making a playoff run that much harder. This season, Kuzma is averaging (20.6) points, the highest of his career so far. Some would say that he’s flourishing with the Wizards, but you never know what the team may be thinking from their end. It would be a tough decision for the Wizards to move on from Kuzma at this point in his career.