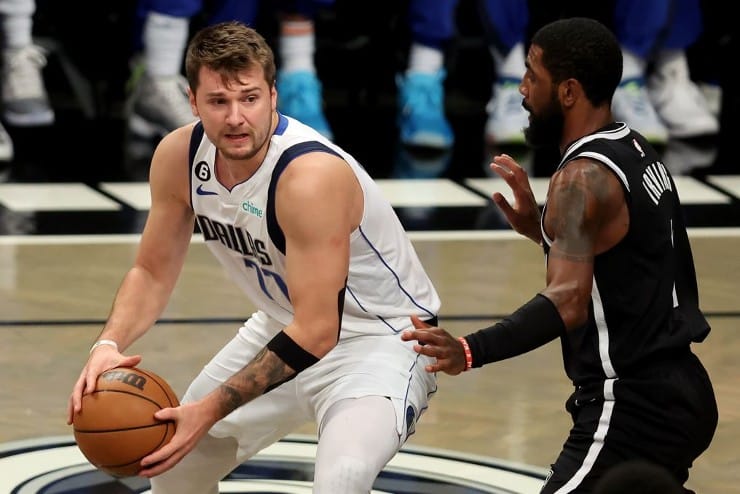 During overtime of the Mavericks’ 129-125 win over the Nets, a fan threw a plastic cup filled with ice at Doncic while Kevin Durant was at the foul line.

While not a direct hit, the ice landed close enough to Doncic, causing him to turn around. The game was delayed for a couple of minutes.

Afterwards, the fan tried to leave Barclays Center, but he or she was stopped by arena security. Per sources, the fan was arrested by local authorities. Watch the video above.

In the first round of the 2022 NBA Playoffs, following the Nets’ 116-112 loss in Game 4 against the Boston Celtics, a fan was arrested after throwing a water bottle at Kyrie Irving.

Of course, the 21-year-old man was banned from TD Garden and later arrested. He pleaded not guilty to a charge of assault and battery. And the fan was released on $500 bail.

Furthermore, Doncic became the 10th player in NBA history to record three 40-point triple-doubles. Last night was the guard’s best performance against the Nets at this point of his five-year career.

The person who threw the cup of ice onto the court during overtime here at Barclays Center was arrested, a spokesperson said.

“When we attack the paint, we’re a very dangerous team,” Doncic told reporters after the game. The guard has recorded three double-doubles so far this season.

Dallas outscored Brooklyn 17-13 in overtime on Thursday night. In 42 minutes played, Irving led the Nets in scoring with 39 points. Durant closed out his outing with 37 points, 3 rebounds, and 5 assists in 41 minutes as well.

While the Mavericks improved to 2-2, the Nets dropped to 1-4. Now, Brooklyn ranks 28th in point differential and 30th in defensive efficiency.